While meeting with fans onstage during premieres around the Seoul Gyeonggido Province area, model-actor Kim Woo Bin was also spotted kneeling in front of fans on the streets as a thanks for supporting “Criminal Designer.”

Leading actors Kim Woo Bin, Lee Hyun Woo, Go Chang Suk, and more traversed around theaters in the area on December 27th and 28th, sharing greetings and conversations with fans onstage per location. Reactions were said to have been loud and anticipative, especially for Kim Woo Bin. The audience further appreciated his response to a fan that cried out, “I love you,” to which he simply responded, “Me too,” eliciting hot responses.

In general, these premiere tours consisted of the stars of the movie collectively greeting and thanking the fans for every premiere that they’ve attended, as well as answering some questions and giving fan service. Kim Woo Bin stated first, “Thank you for completely filling up the theater on a weekend that’s like gold,” and adding jokingly, “‘Criminal Designer’ is even more fun if you watch it twice.”

Actor Go Chang Suk then spoke humorously, stating, “It’s painful to go around with such good-looking actors. Please tell me that I’m good-looking too,” lightening up the mood. Lee Hyun Woo further added with aegyo, “I was surprised since so many viewers are here. Please enjoy watching it and recommend it to others, too.”

The actors expressed surprise and gratitude at the huge turnouts for the movie, confirming its popularity since the news of its release. Kim Woo Bin has also noticeably been spotted giving personal fan service to those supporting the movie. Photos spot the actor giving out hugs to various attendees, as well as kneeling on the streets to express his sincere gratitude. 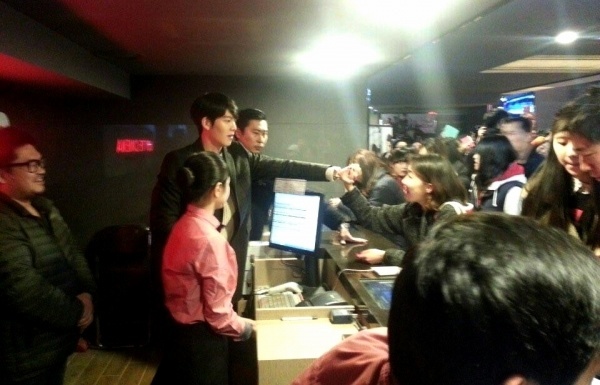 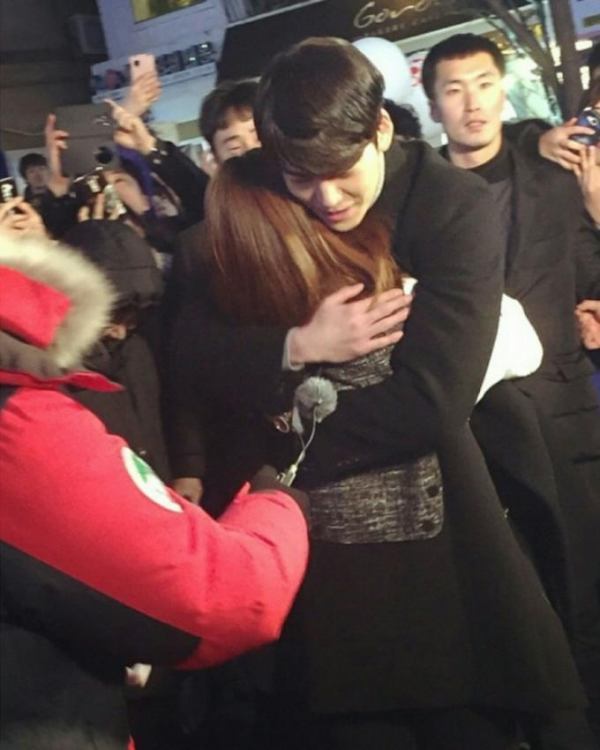 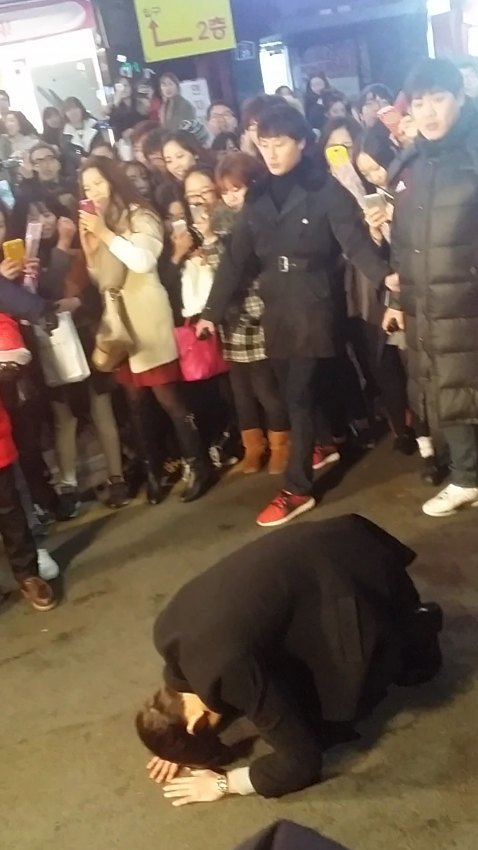 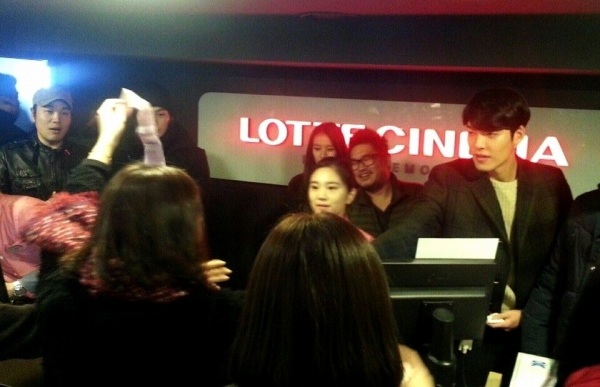 “Criminal Designer” has already been pre-sold in four Asian countries including China, Hong Kong, Taiwan, and the Philippines through the “Asian Film Market,” and is garnering much anticipation for its release in Korea.