On a recent broadcast, miss A’s Fei explained how pressured she feels being Chinese while filming for reality show Shaolin Monastery.

According to the JYP Entertainment singer, she felt that she had to do very well on the show because of her Chinese nationality and the fact that the show is about Chinese martial arts. While the feeling of responsibility in representing her country, Fei promised that she would try her best to do well.

Upon hearing her comments on being Chinese, however, netizens quickly brought up the topic of fellow JYP Entertainment singer Tzuyu and her ongoing controversy with China regarding Taiwan. While many netizens did encourage Fei and show their support, it seems that the TWICE member’s situation is currently on everyone’s minds. 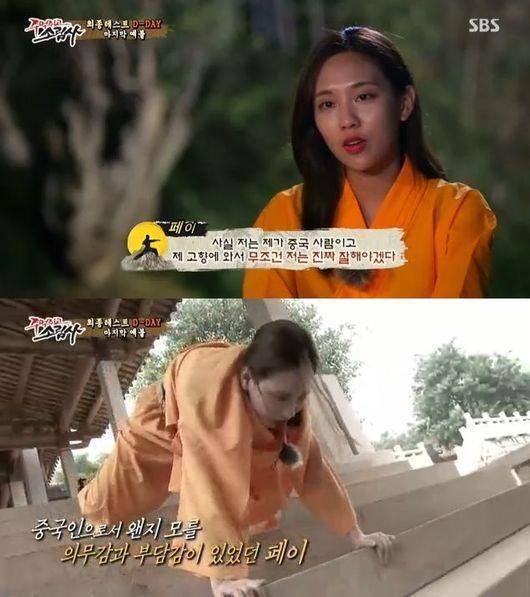