The total views of each rookies who has been active this year has been summed up!

With only one music video out, TWICE impresses with nearly 17 million views for their debut song “Like OOH-AHH.”

Following is iKON with a total of four music videos including “My Type,” “Rhythm Ta,” “Airplane,” and “Apology,” accumulating 41.7 million views in total.

Ranking based on average, TWICE comes in 1st with nearly 17 million views, iKON with an average of 10.4 million views followed by G-Friend, SEVENTEEN, Lovelyz, MONSTA X, CLC, and Oh My Girl. 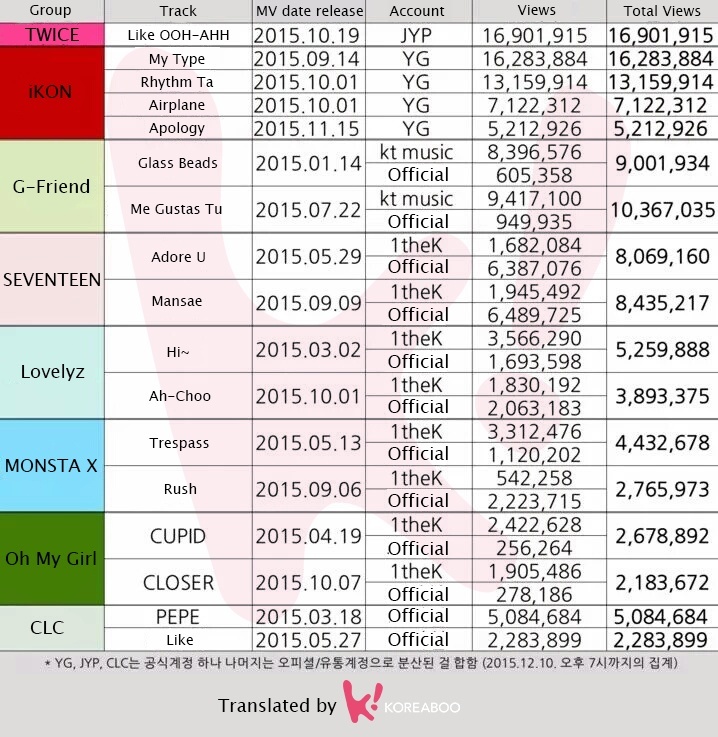 The Real Reason Why It Takes So Long For K-Pop Idols To Make Their Solo Debut, Despite Their Talent