With the recent controversies surrounding AOA‘s Seolhyun and her appearance, some netizens dug up old pictures of the singer to discuss on Pann.

On the topic of whether or not she is a natural beauty, Seolhyun’s old graduation photos seem to prove that the singer looks relatively the same now as she did when she was a student, prompting many netizens to praise her cute and youthful appearance. 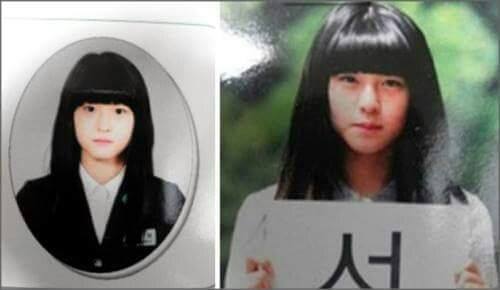 After accusations that the singer was scamming fans with her “fake butt,” Seolhyun recently proved that her life-size cut out poster was unedited, showing a very convincing side-by-side comparison while wearing similar clothing.

[+ 70, – 29] Nevermind everything else, I don’t understand why people accuse and criticize her of plastic surgery

[+ 54, – 17] Oh man she looks so beautiful with bangs she should do this hairstyle again