There’s a new group making their way into the music industry this April! Introducing OneVoices, a duo who are set to share their unique style with the world.

Set to debut under HAK Entertainment, OneVoices — consisting of members J.Han and E.Stun — have already released several image teasers as they begin counting down to the release of their single album FLUSH.

Taking on a hip-hop concept, the two members are dressed in comfortable, large sweatshirts with bling decorating their necks in the first set of teasers, and the photos are split into monotone and color. The remaining teasers still reveal their hip but trendy and stylish concept, highlighting the males’ good looks as they give an intense stare at the camera. 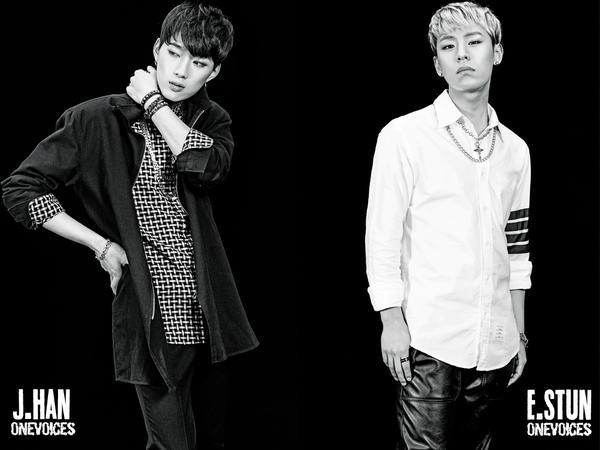 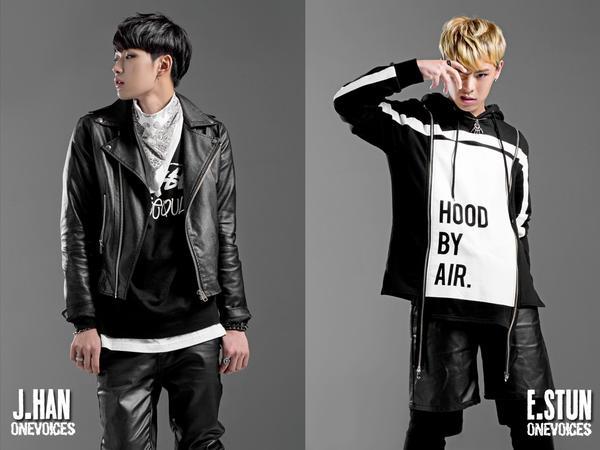 Prior to their official debut, OneVoices have opened their official fancafe (http://cafe.daum.net/1VOICES), and will be releasing a mini-series on YouTube before the publishing of their debut single. The first episode to their reality show will be available on YouTube on April 6th.

The first two video teasers for their title track will be released on the 9th and 13th respectively, while the release of the track will be available on the 16th.