On Yoo Jae Suk’s talkshow I Am A Man, the hosts discussed the male fashion items that were most hated by women.The men were joined by none other than Clara who shared her perspective on the five items.

Commenters and Clara expressed the ridiculousness in wearing mountain climbing wear on a day to day basis. Other hosts retorted that their comfort was addicting. 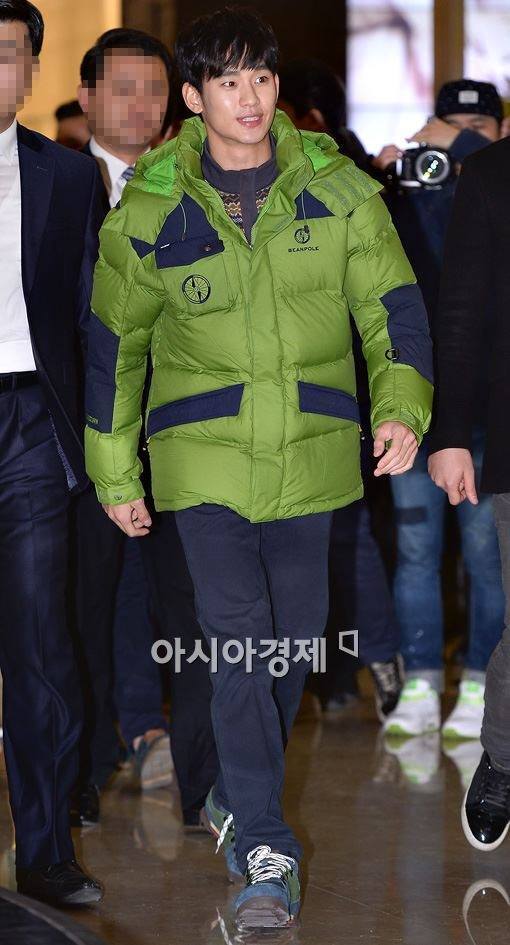 Fans revealed that even when appropriately paired with suit jackets, they found vests to be unattractive. Jang Dong Min, who happened to be wearing one, was a good model as he showed off his checkered look. The ladies expresssed that this look was simply too much while the guys thought it was good attire. 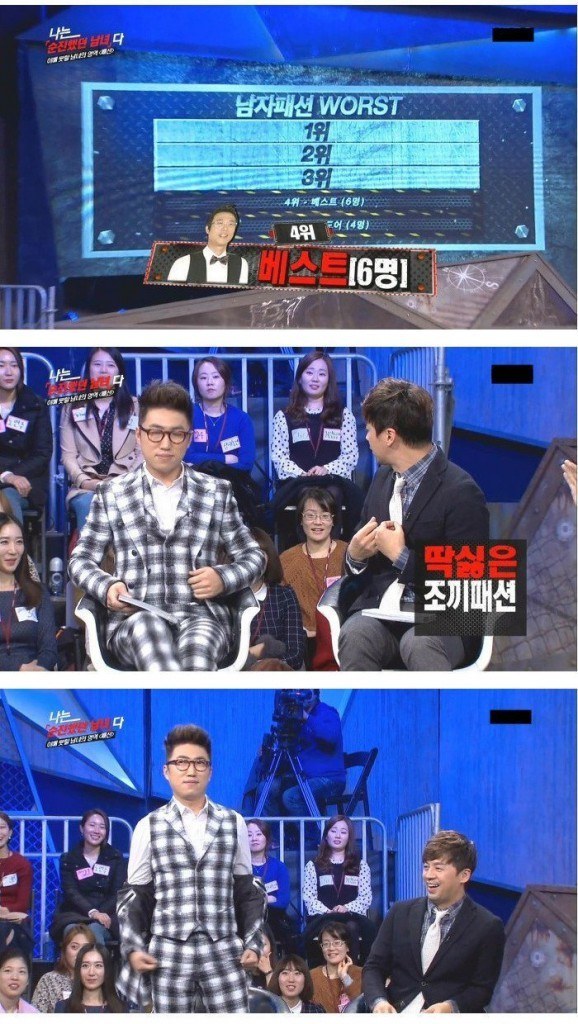 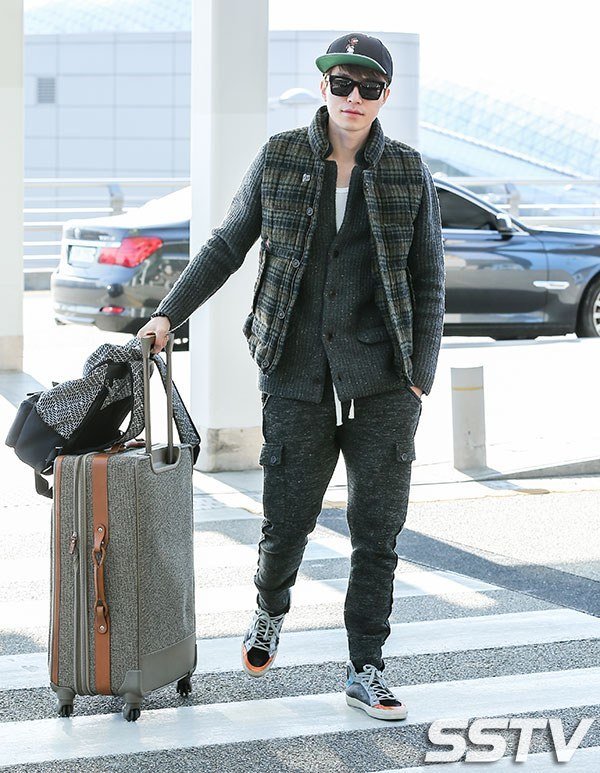 The hosts could agree with this item as they had noted silly instances in which V-necks were so low that men had to hold their shirts with their hands. Netizens were harsher with their humor, saying that they did not want to see men’s chests or even nipples because the shirts were low but tight. 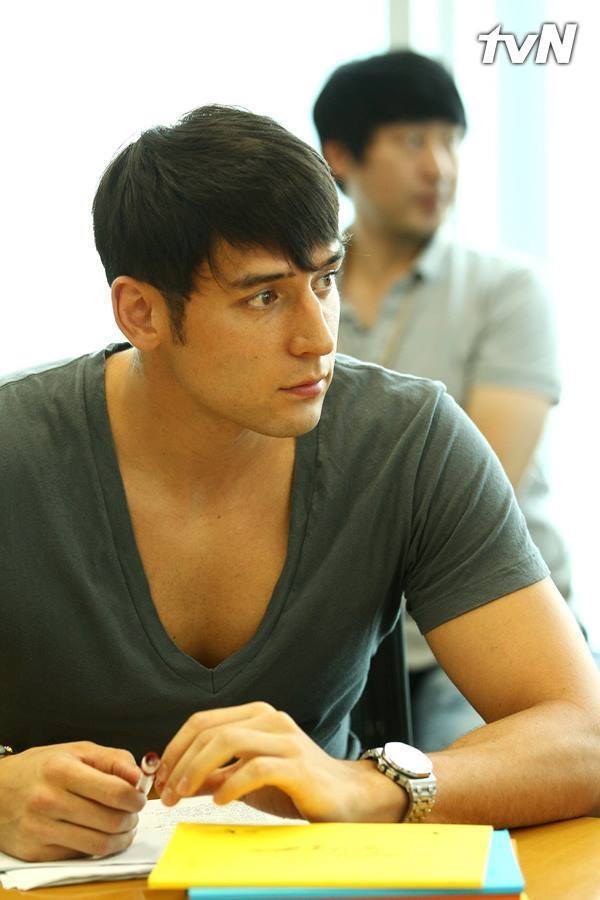 Yoo Jae Suk then borrowed a male audience member’s clutch purse to demonstrate several ways to hold it, eliciting laughter from the crowds. Upon inspection, the clutch held various unexpected items including a full-size can of hair spray and a selfie stick. Girlfriends called their boyfriend’s clutch an embarrassment while he carried it with pride. 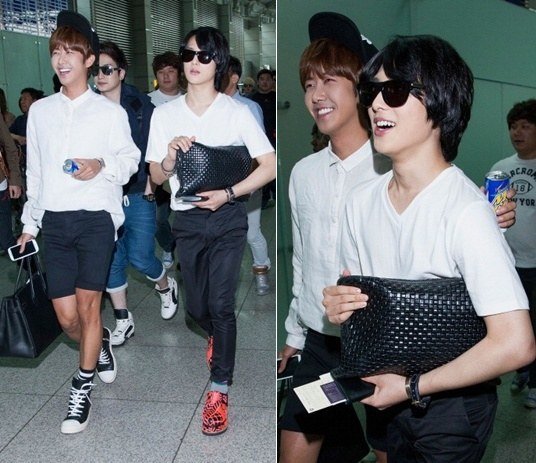 Women in the live audience as well as commenters shared that jeans which were too skinny appeared as leggings or women’s clothing on men who wore them. The men on the show stated with disappointment that those styles were the only things they could buy in department stores; wide pants were hard to find and looked old fashioned as well. 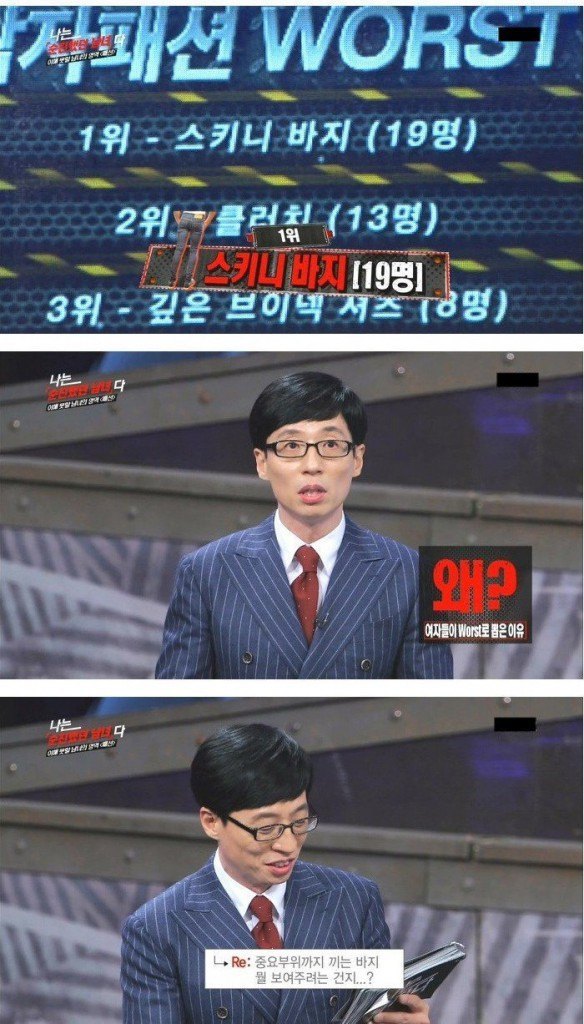 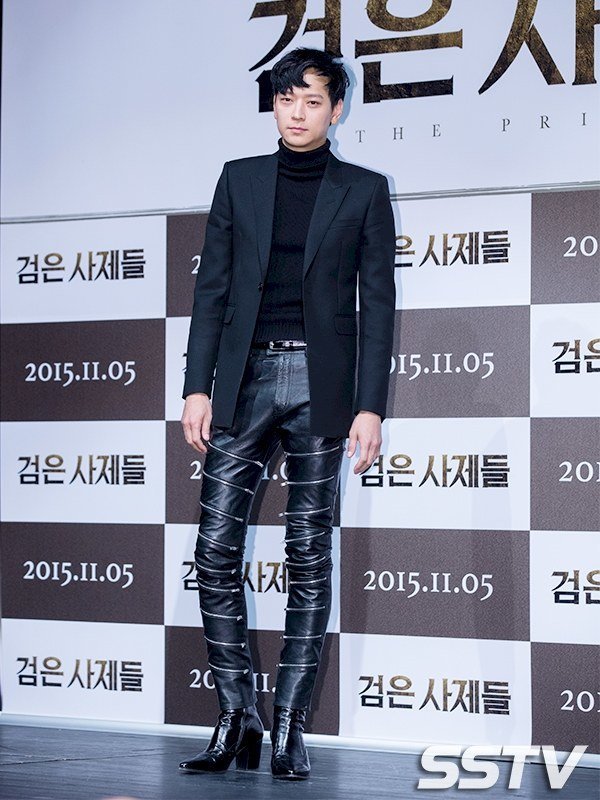 To wrap up the segment, men also shared their most hated women’s fashion: animal prints, boots, pink tracksuits, and leggings.

Check out the full episode below: