After you see what types of danger Korean sea women face on a daily basis, you will think twice before saying your job is too hard. The South Korean sea women gather up their strength and go to immense depths to get some food on the plate for their family.

For many years, the sea women of South Korea, also known as “haenyeo,”  have been diving deep through the waters of Jeju Island to make a living. The women gathered seafood from the ocean floor with no form of equipment to help them breathe underwater. 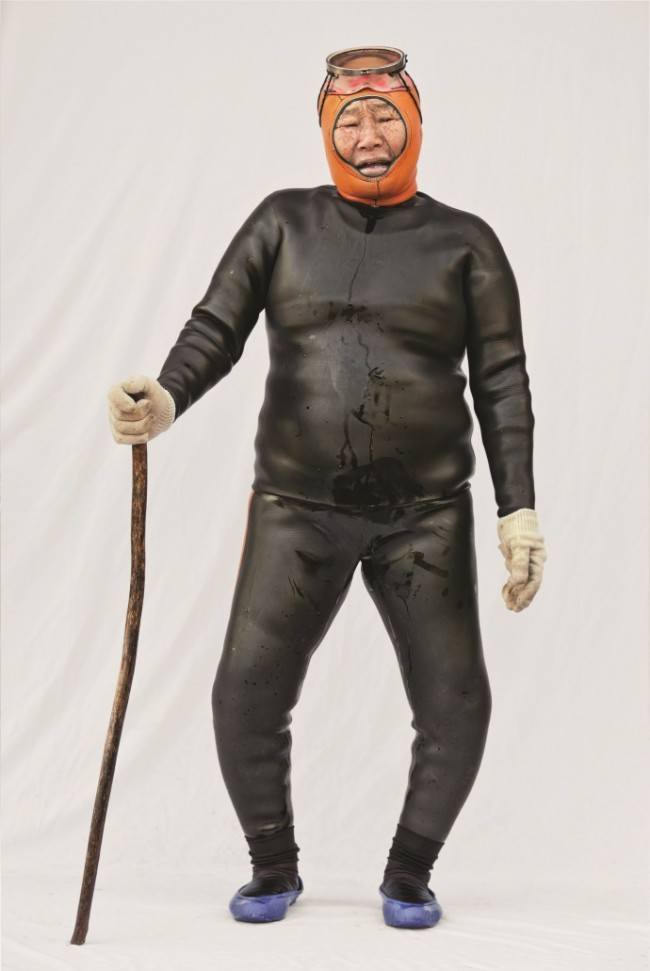 Wearing merely a scuba mask to help them see underwater along with a diving suit, these women over 60 years of age work on an average of five to six hours a day. To get to the ocean floor, the women tie lead weights around their waists to help them sink quickly to the bottom. 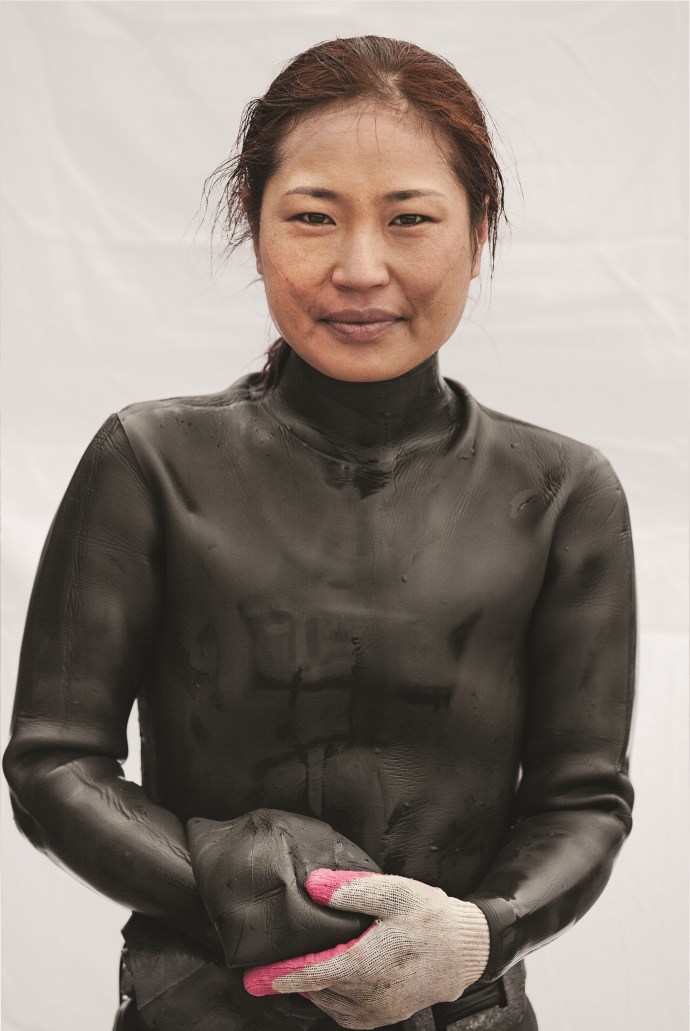 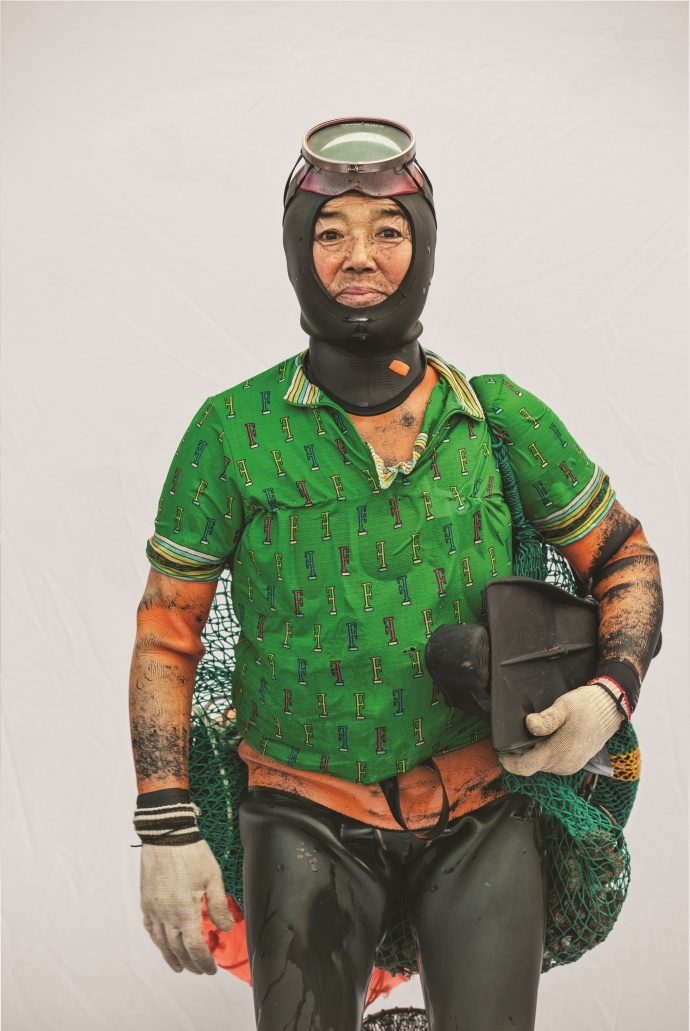 The average dive lasts for about two minutes while the sea women use a sharp object to collect different species from the deep. Some of their findings include, but are not limited to, abalone and conch.

Back at the surface of the water, after the sea women have collected their findings, they drop the specimens into a basketball sized, floating object called a “tewak.” 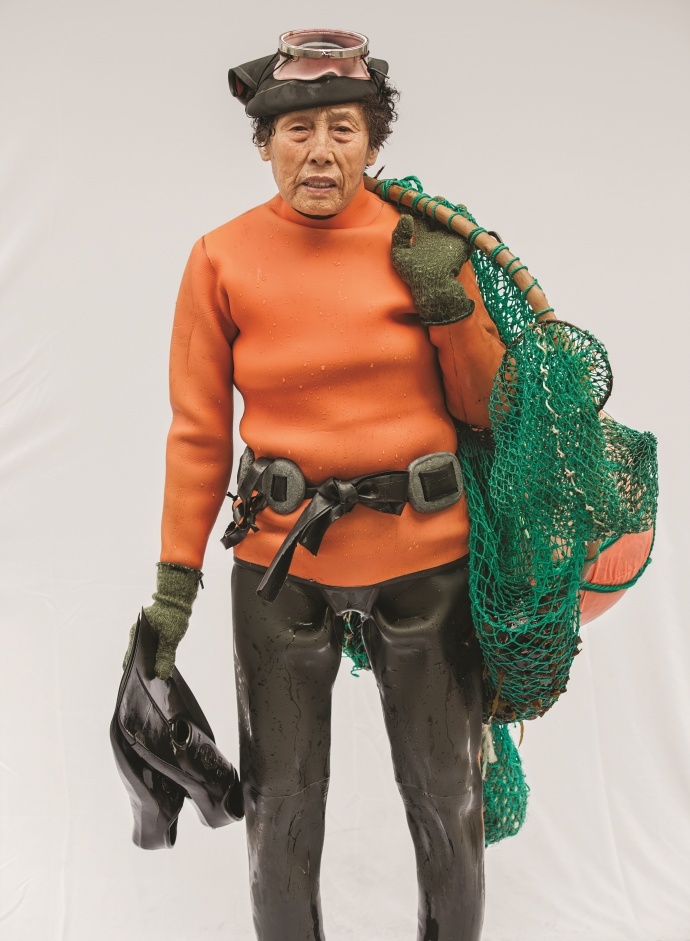 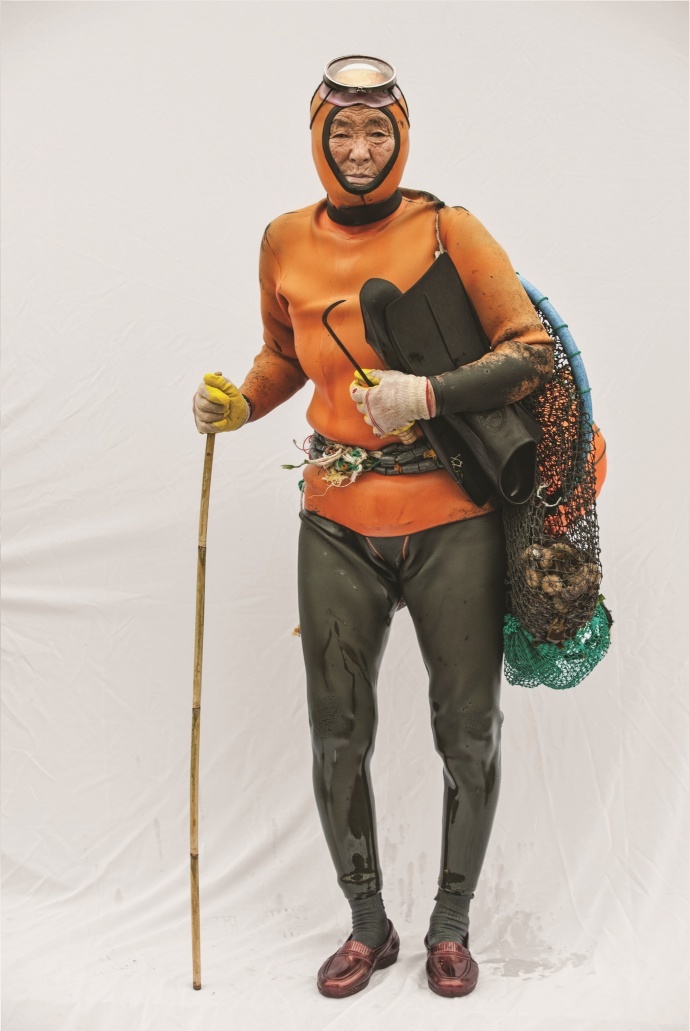 However, this is not a task of only a few women. Today, there are approximately 2,500 divers that continue to do this to earn money. Although the average woman ages around 60 years old, there is a range between the age of 38, all the way to 90 years old. 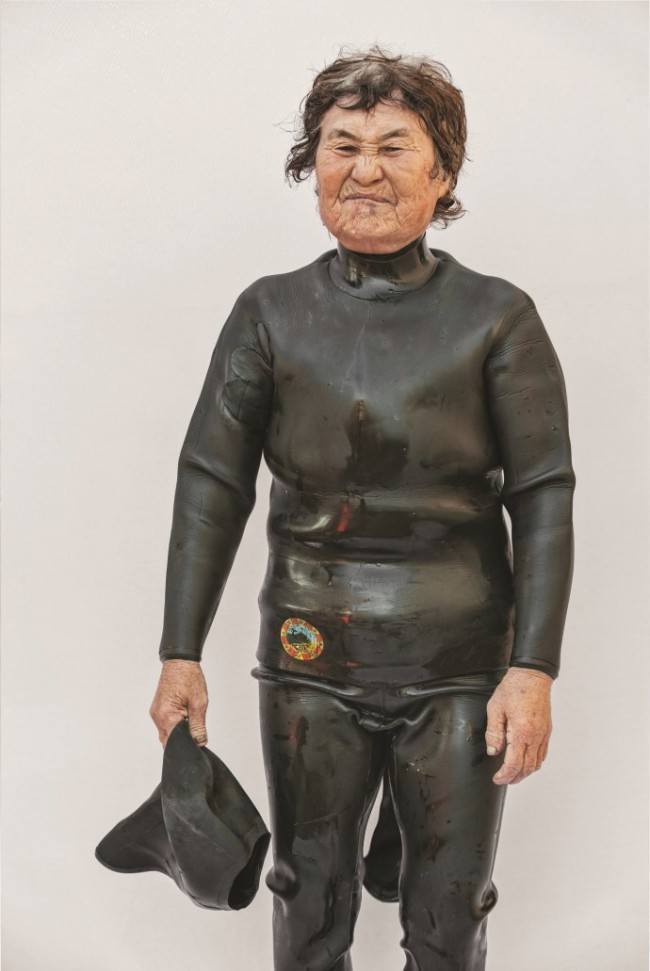 Photographer Hyung S. Kim visited Jeju from 2012 to 2014 to photograph these women while they did their work and shared some of his opinions of the sea women.

He says, “For me, the photos of the haenyeo reflect and overlap with the images I have of my mother and grandmother. They are shown exactly as they are, tired and breathless. But, at the same time, they embody incredible mental and physical stamina, as the work itself is so dangerous; every day they cross the fine line between life and death. I wanted to capture this extreme duality of the women: their utmost strength combined with human fragility.” 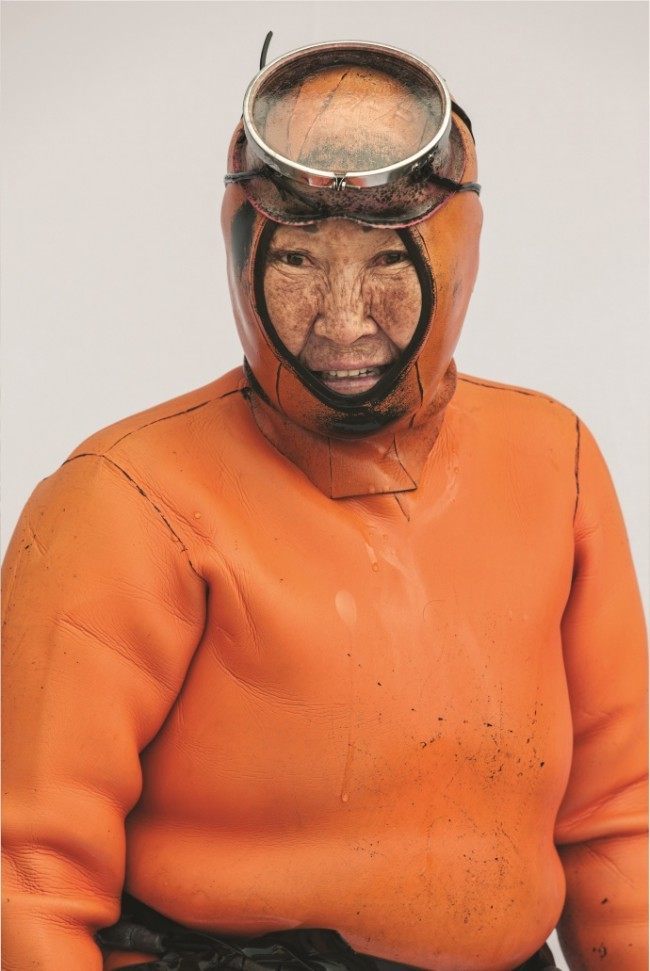 In celebration of the sea women of South Korea, the New York Korean Cultural Service has included some images of the women for view until April 10th. 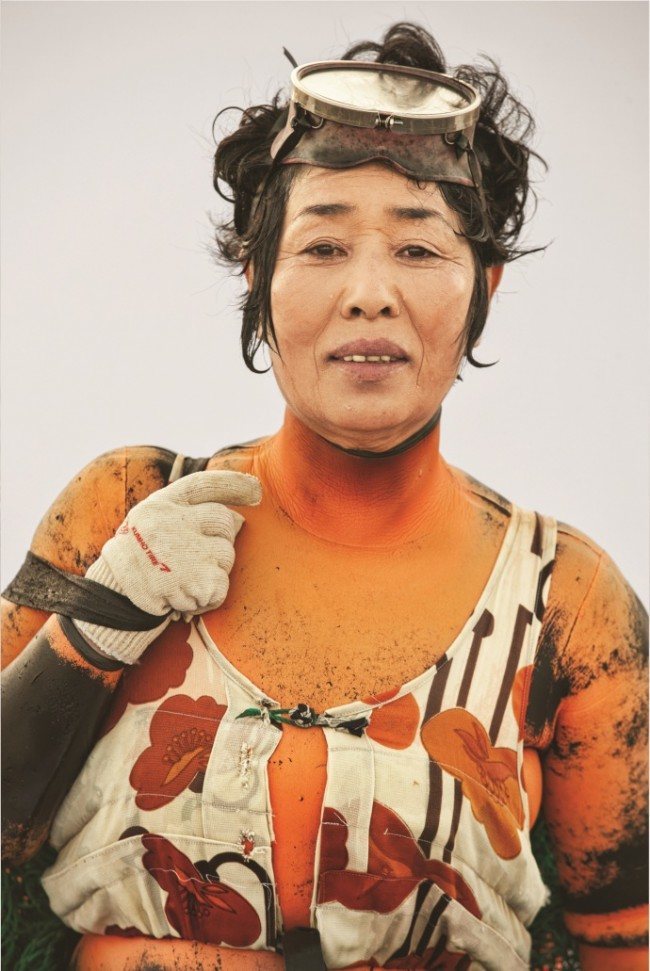