2AM member Jo Kwon has released his first solo single Crosswalk recently, the first since debuting in 2012.

Filled with emotions and its music video portraying those well with the help of EXO member Suho, netizens have given it nothing but praises following its release.

The single is seen doing well on real-time charts, entering the Top 10 on Mnet Music, Bugs Music, Olleh Music, Soribada, Naver Music, and monkey3 as of 6:30am KST on February 15th. 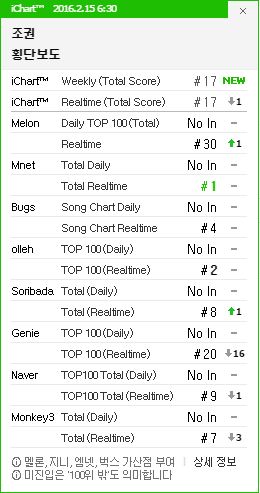 [+48, -1] Song is so good! it’s been a while since you’ve sang a ballad and these songs I can already tell will never get old!!