4minute’s Jihyun received mixed reactions over her views towards acting in a recent interview with fashion magazine, The Celebrity.

During the shoot, the singer and actress talked about the activities that she wanted to try, in terms of fashion, style and acting, and revealed that, “I’ve always wanted to try different things and styles and with this shoot I was able to and I had fun. I felt like I was dressed for my age and I was able to get past my shy self. I want to make this a trigger where I can find different facets of my self.”

Furthermore, when asked about her thoughts on acting, she sincerely revealed that, “I want to try hard instead of rush things. I believe things will get better if I try my best at the opportunities that I’m given. My ultimate goal is not to become an ‘idol actor that’s good for promotion’ but an ‘actor which comes to mind when trying to cast for certain roles’.”

However, the statement earned mixed reactions from the netizens and evidently left comments saying:

Since making her debut with 4minute, Jihyun also ventured into the acting industry appearing in supporting roles in projects such as A Thousand Kisses and It’s Okay, Daddy’s Girl, along with lead roles in Love and War 2, Please Remember, Princess – Generation of Romance and Love Cells. 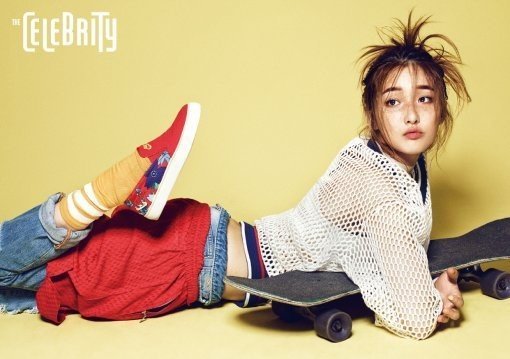