Netizens claim that this list is the most accurate ranking of Korean celebrities and idol groups as of yet.

Recently, netizens proclaimed that they have found the most accurate list for ranking of male idols so far after finding the hashtag ranking on Weibo. At the top of the list is EXO with their members Sehun, Baekhyun, Lay and Chanyeol dominated second, third, fourth and fifth spots respectively.

The list was generated based on the hashtag searches and posts made by netizens on the social media platform. 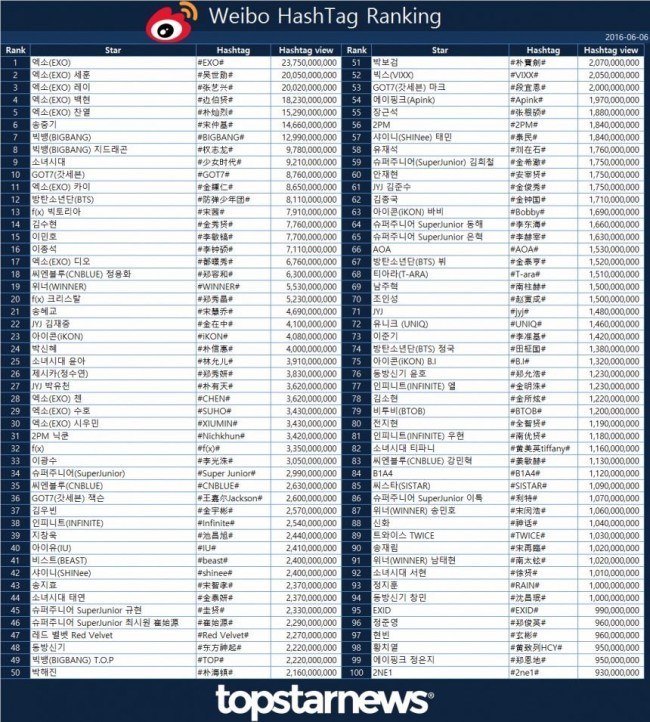