Not only is “Pray” atop the charts, but so is their pre-released track “To The Light” which takes second place. Following the two FTISLAND’s music videos are Red Velvet‘s “Ice Cream Cake,” Super Junior D&E‘s “Growing Pains,” and FIESTAR‘s “You’re Pitiful.” The V charts accumulates its chart’s score by the numbers of shares on SNS, to which “Pray” scored 99 points.

The male band finally made a comeback with their 5th studio album I Will, and is currently promoting their self-composed and rock track “Pray,” which has received a lot of love from fans. 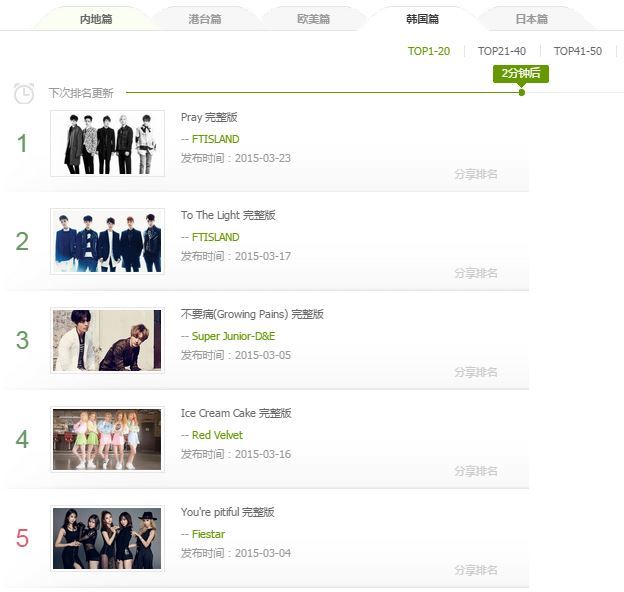