Hello Venus celebrated their 1000th day since their debut on February 1st, greeting fans from all over the world to celebrate with them.

Along with fans who were able to make it to the event, Hello Venus spent their 1000th day running a meaningful donation campaign, called “Infant Survival Support Campaign – Making Baby Shoes,” at the Fantagio Training Center in Yeoksam-dong, Seoul.

This is not the first time the girl group had spent their time for the “Infant Survival Support Campaign,” having held an event last November 2014 at Cafe Fantagio.

The recent event took place for over three hours, with one Hello Venus member assigned to a fan group of 10 people, approximately 60 fans were in attendance. Together, member and fans created meaningful and beautiful baby shoes for needy children.

Fantagio Music revealed, “It was the Hello Venus members’ suggestion to participate in this campaign with fans.”

Currently, Hello Venus is promoting their latest digital single “Wiggle Wiggle,” and has been receiving a lot of call for advertising models. 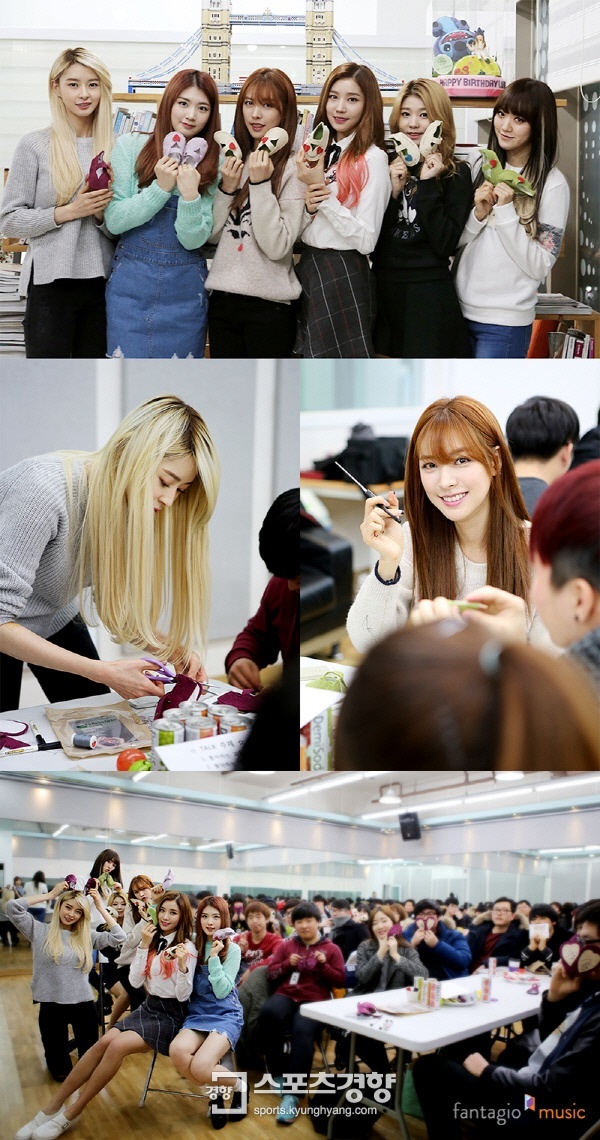