Kriesha Chu has been announced as the 6th and final act to attend Mission I: Super Pop Con 2017.

Philippines pride Kriesha Chu has just been confirmed to be attending Super Pop Con 2017 as the 6th and final performer. Earlier, the concert organizers teased that they had a special, 6th artist that would be joining VIXX, BTOB, B1A4, B.A.P, and PENTAGON.

This will be Kriesha Chu’s first international stage and there is no better place to hold that than her home country of the Philippines! 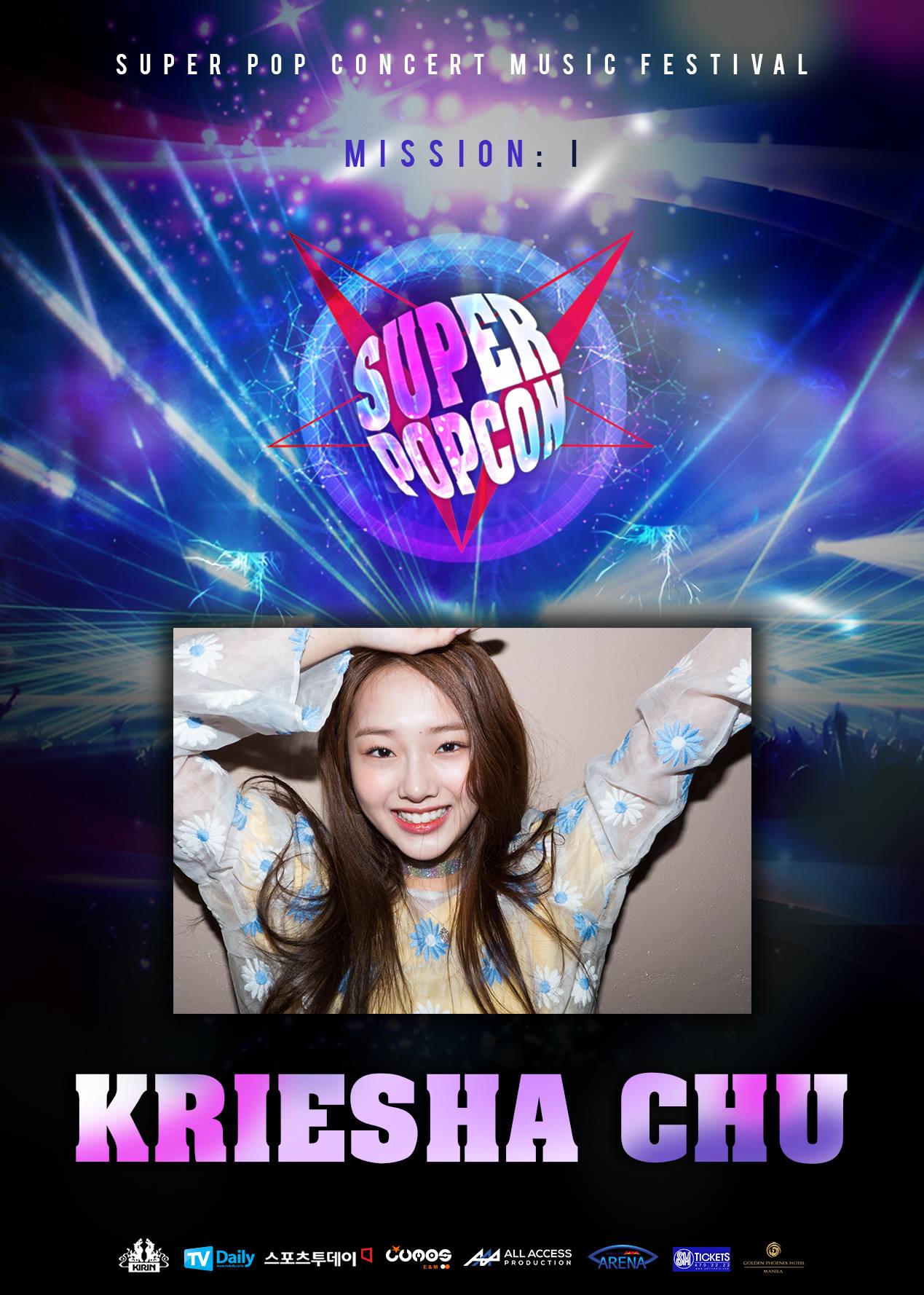 Super Pop Con 2017 will be held on July 7 at SM Mall of Asia Arena in Manila.