A report published by Bloomberg Business early this month revealed that South Korea ranks as the fourth happiest country in the world.

Showing a comparison between a so-called “misery index” and per capita GDP, the results list South Korea as fourth with a low misery score of 4.8, right behind the top three of Thailand (1.6), Switzerland (2.4), and Japan (4.5).

The index seems to take economic factors such as inflation and unemployment into account as well, giving Thailand a high score with its low unemployment rate of less than 1%.

The graph proves that size is not everything as China and the United States ranked seventh and eighth respectively at 5.8 and 5.85.

Check out the chart below: 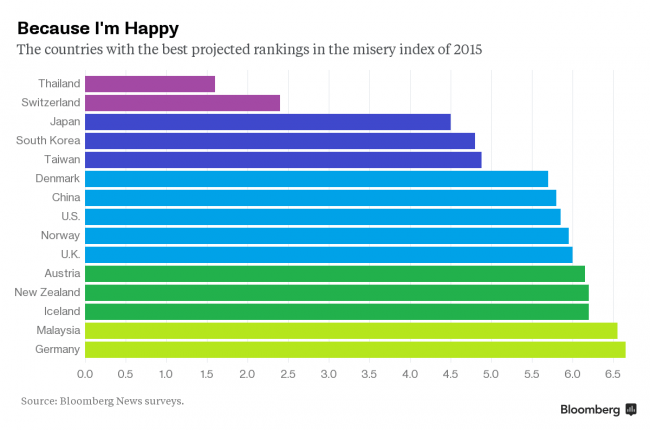