Jihoon’s aegyo is taking over the country and, in this case, even the Blue House!

The Blue House recently celebrated the President’s 100th day in office and opened up its gates to the public.

During photo time, the politicians all got together and surprised everyone by posing with Wanna One Jihoon’s aegyo pose. 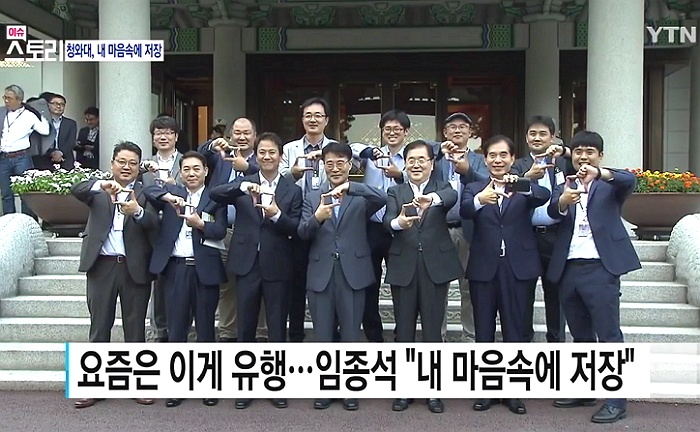 In Produce 101, Jihoon revolutionized aegyo with the new phrase, “Saving you in my heart!” along with an adorable finger pose.

As the politicians struggled with the pose, Chief Presidential Secretary, Lim Jong Seok, even guided them to make them correctly. 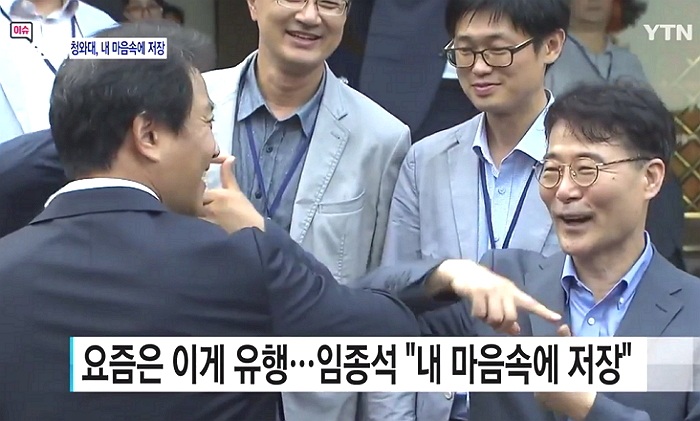 It just goes to show how influential Wanna One is, and that they truly are the nation’s group! 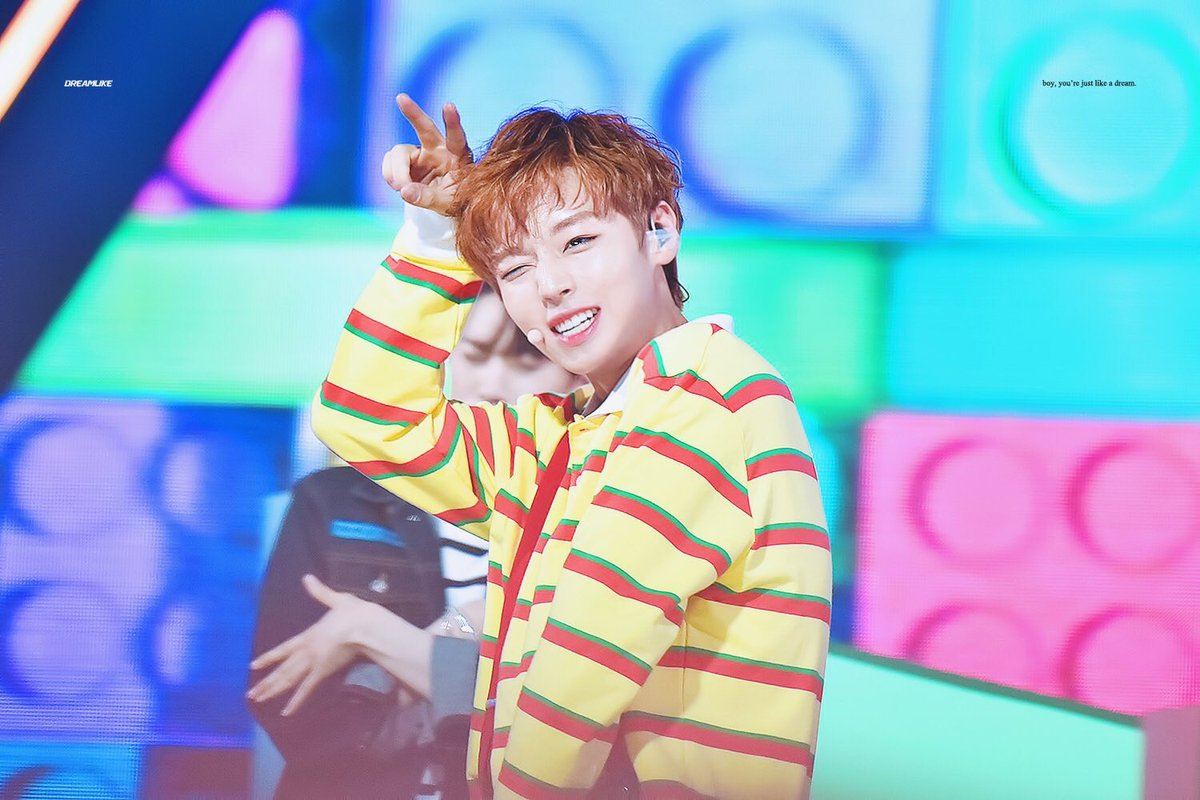