Marking the end of the first half of 2016, popular streaming website YouTube released a list of the ten most-watched K-Pop music videos so far this year.

As expected, international superstar soloist Psy took first place with his new hit song “Daddy,” which has already surpassed 150 million views. Although the list is titled the most-watched videos from 2016 so far, it features songs that were released between November 24th, 2015 and June 30th, 2016.

Although big names such as Psy, EXO, BTS, and 4MINUTE weren’t too much of a surprise, rookie groups TWICE and G-Friend impressed fans by both making it onto the list, with TWICE’s “Cheer Up” ranking second overall with over 57 million views since its release in May. Check out the full list below: 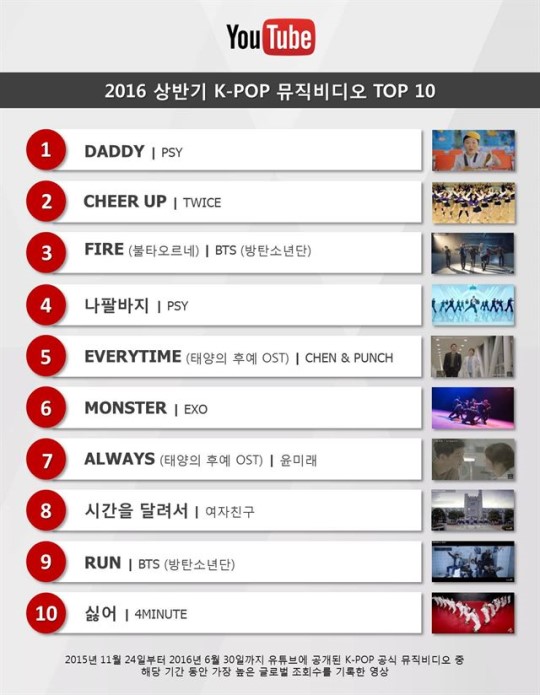