Even though TWICE didn’t debut too long ago, they’ve already released a ton of merchandise.

While most fans know about and probably have all the album photocards and posters, there are a few rarer goods that most ONCEs don’t even have.

Here are sixteen of the rarest goods that TWICE has released so far, and how they were originally available.

While most are still available online from resellers, the prices have actually changed drastically, so we’ve also provided the original cost of obtaining each of these items!

(“N/A” is used if the item was given out at no cost and if it is now too rare to determine its value.)

During their debut “Like OOH-AHH” promotions, TWICE teamed up with CGV theaters for a special TWICE Combo popcorn set. Fans who purchased one of these special sets received 1 Large “Banana Shake” Popcorn, 2 drinks, and a random TWICE postcard. Only the 10,000 customers received postcards, making the full set incredibly rare to find. 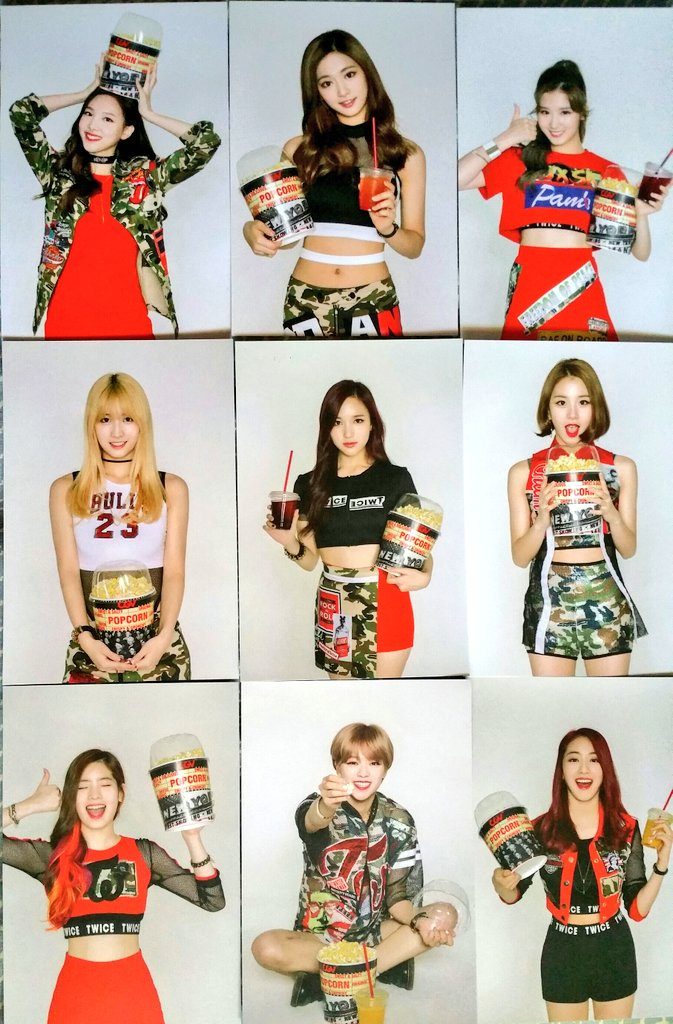 For their promotions with Strikezon Sports, TWICE released limited-edition baseball with individual member printed autographs. To obtain one, fans would have to play three rounds (which costs a total of 48,000 KRW according to sources) and receive one ball each.

KCON NY 2017 released collaboration merchandise jerseys with all the artists who attended, and several groups such as TWICE even had signed ones for sale. The sales took place right before the concert on Day 2 of KCON NY and were extremely hard to get.

TWICE released special Spris shoes designed by Chaeyoung, and they were an immediate hit! They were on sale at both stores and online, but were quickly out of stock almost as soon as they were released.

During TWICE’s encore concert for TWICELAND: The Opening, one of the first items to sell out was the earphones.

For their Japanese debut, TWICE opened up a pop-up shop at the Shibuya 109 in Tokyo. In addition to typical items such as shirts and pens, TWICE also released a special lollipop, which has become a symbol for the group. 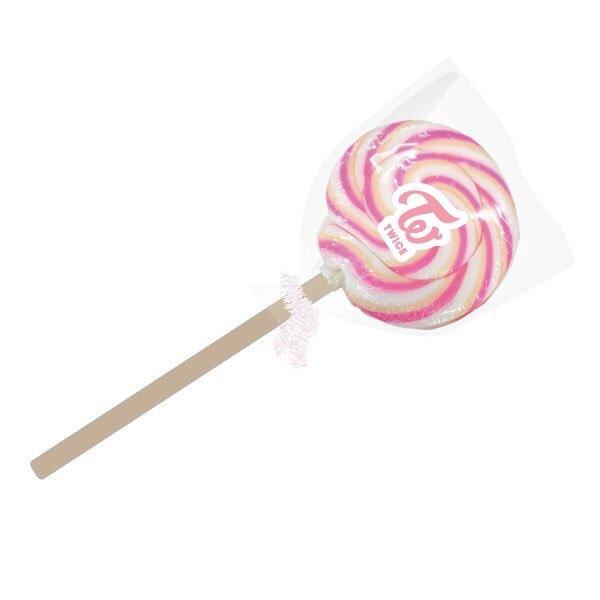 To celebrate the release of JYP Entertainment‘s SuperStar JYPNation game, TWICE held a special event for the top 100 “Cheer Up” song players. Participants were each given 1 set of photocards.

To promote Nature Collection‘s new Re-Touch Cushion, TWICE is releasing special photocards of their members. So far, members Momo, Sana, and Mina have been released. 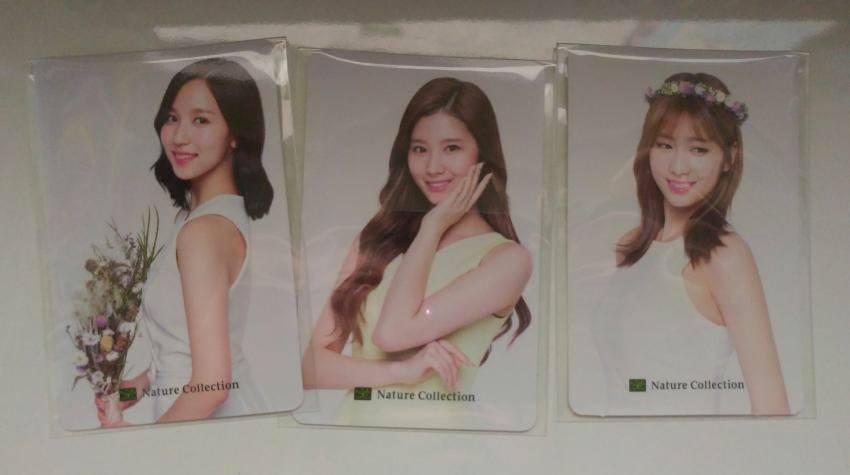 Among the TWICELAND: The Opening concert merchandise, one of the first items to sell out was the portable battery. In addition to selling out early, it was also not available for sale online, possibly due to shipping restrictions in Korea.

TWICE took part in JYP Entertainment’s family concert JYP Nation 2016 in Japan, where they released four different types of merchandise: postcards, a button, a mirror, and a fan. Because of its large size, the fan has become the rarest of the collectible merchandise from that concert.

Before they released the official “Candy Bong” light stick, TWICE released a special light stick only for the “Cheer Up” showcase. Attendees each received one, which had a mint color light to fit with the song’s concept.

TWICE has been releasing special cards for music show broadcasts, but they only started doing photocards with “Signal” starting in May. Fans who attend shows such as Inkigayo, Music Bank, and M! Countdown receive 1 card each for attending. Since multiple different cards are given out per day, collecting an entire set is incredibly difficult! 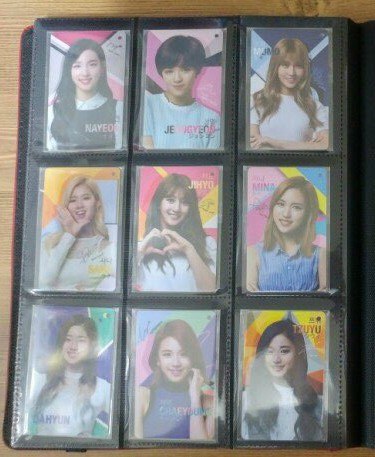 The Pocari Sweat towel (along with other goods such as a Pocari Sweat shirt) was handed out to participants in the Pocari Sweat 30th Anniversary 7km run. The run took place on May 14, 2017 at Seoul Grand Park and the entry fee was only 10,000 won! TWICE even attended the event to perform a few songs and teach fans the Pocari Sweat D

TWICE released a special calendar with Gamaro Ganjung Chicken when they were models for the brand. Customers who bought at least 15,000 won worth of chicken received 1 calendar. 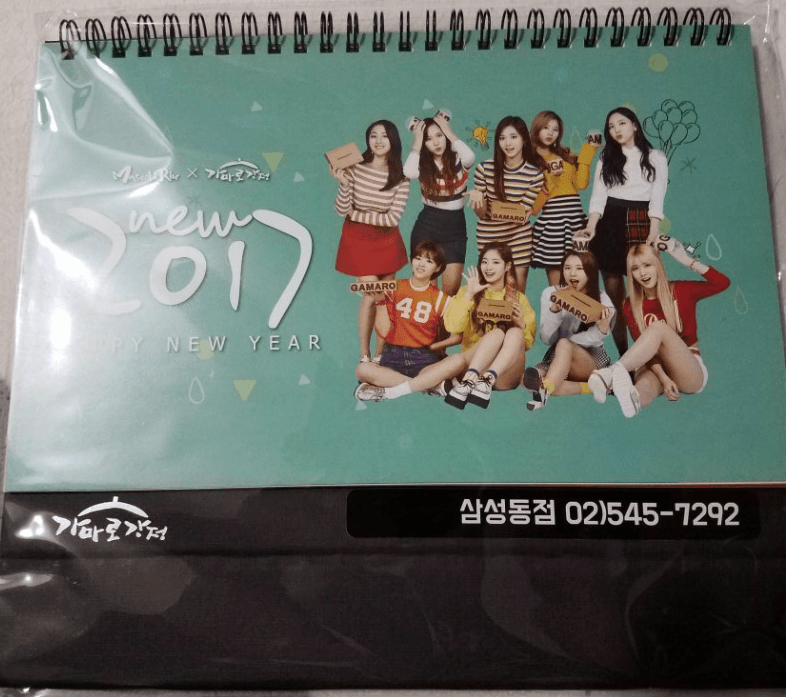 For their debut showcase in Japan, TWICE released a whopping 90-card postcard set. The cards were sold randomly in sealed envelopes and are incredibly hard to collect due to the incredible variety. Each card cost 550 yen, so it would cost a minimum of 49,500 yen to collect the entire set! 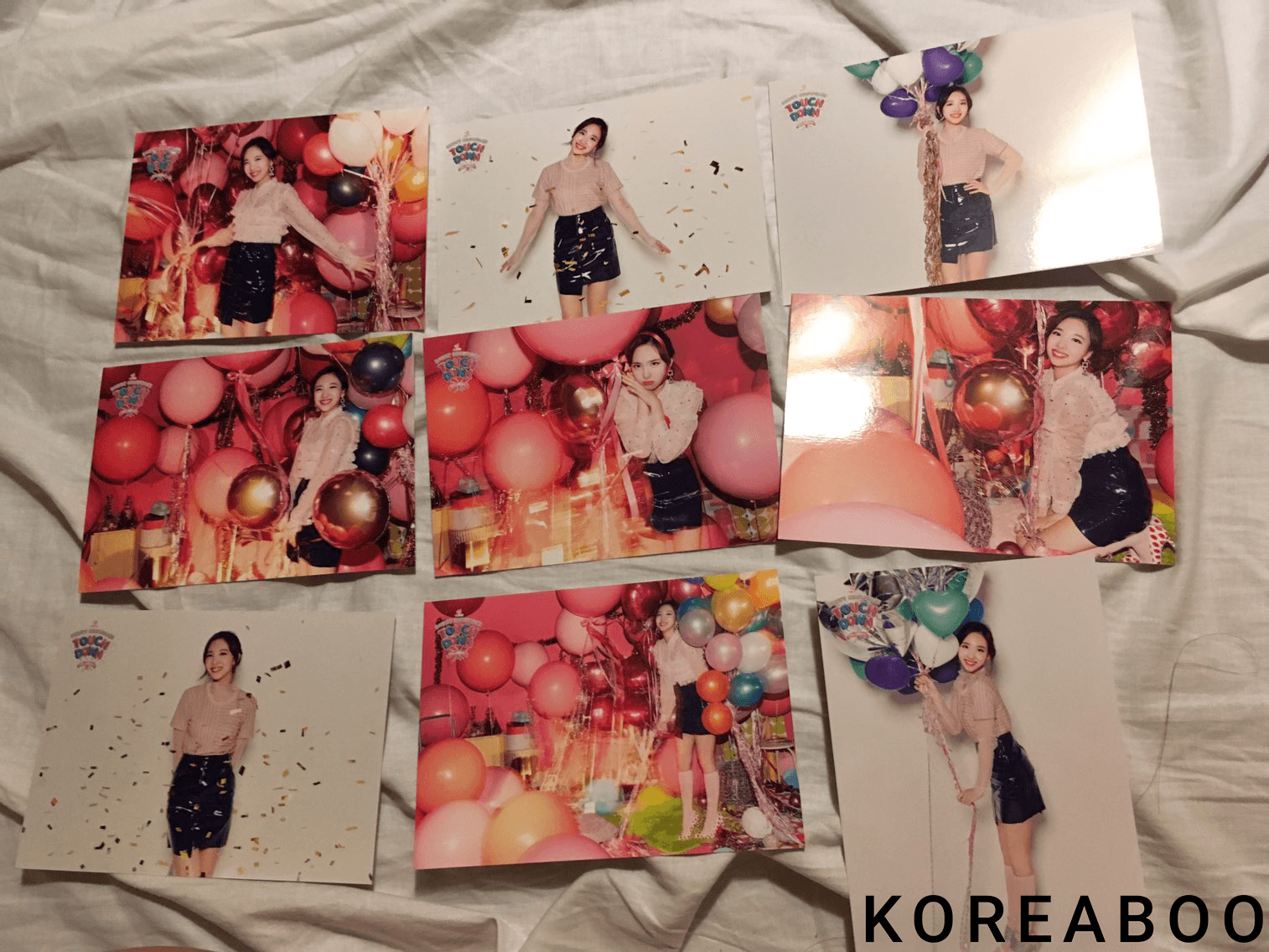 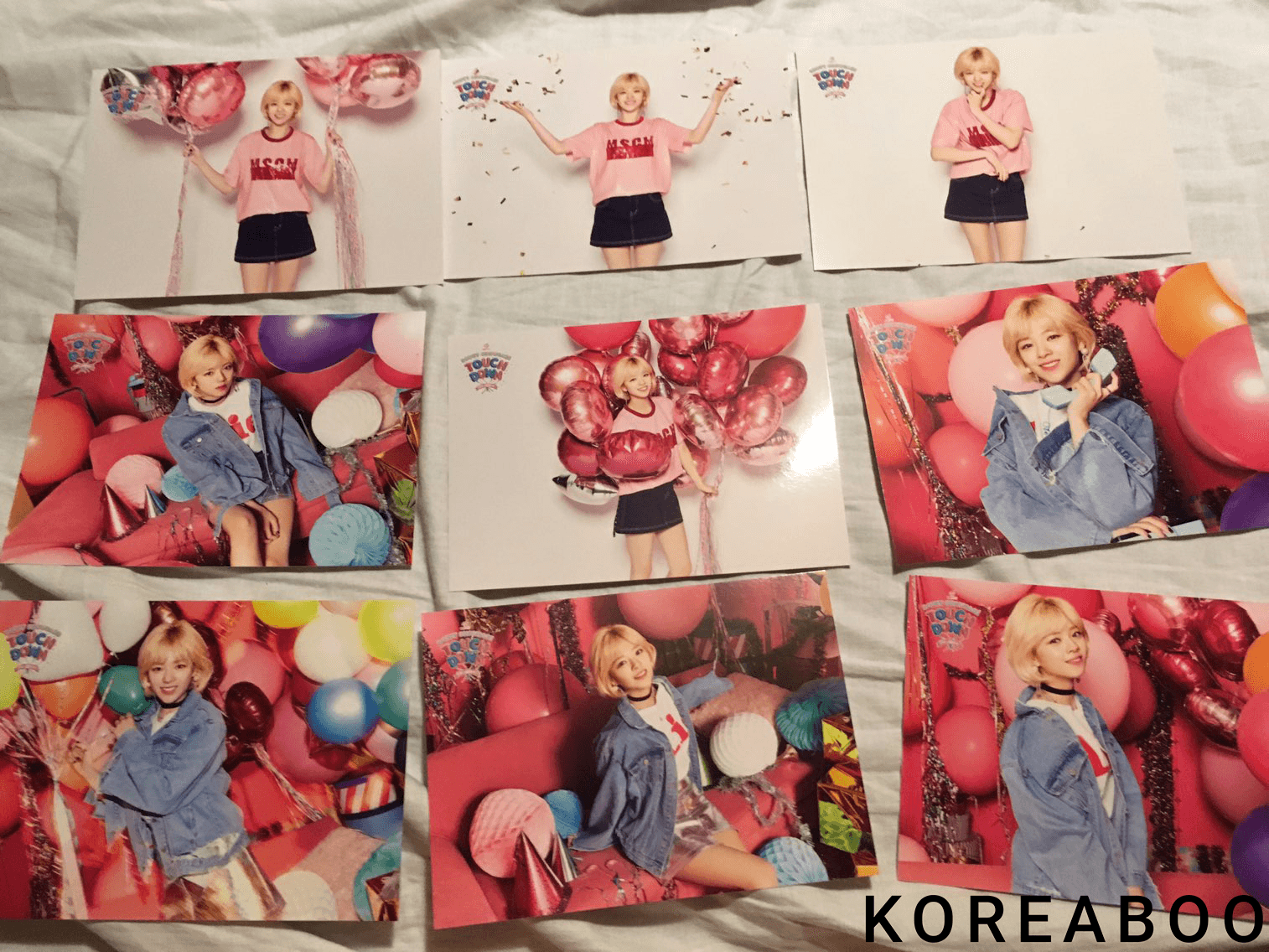 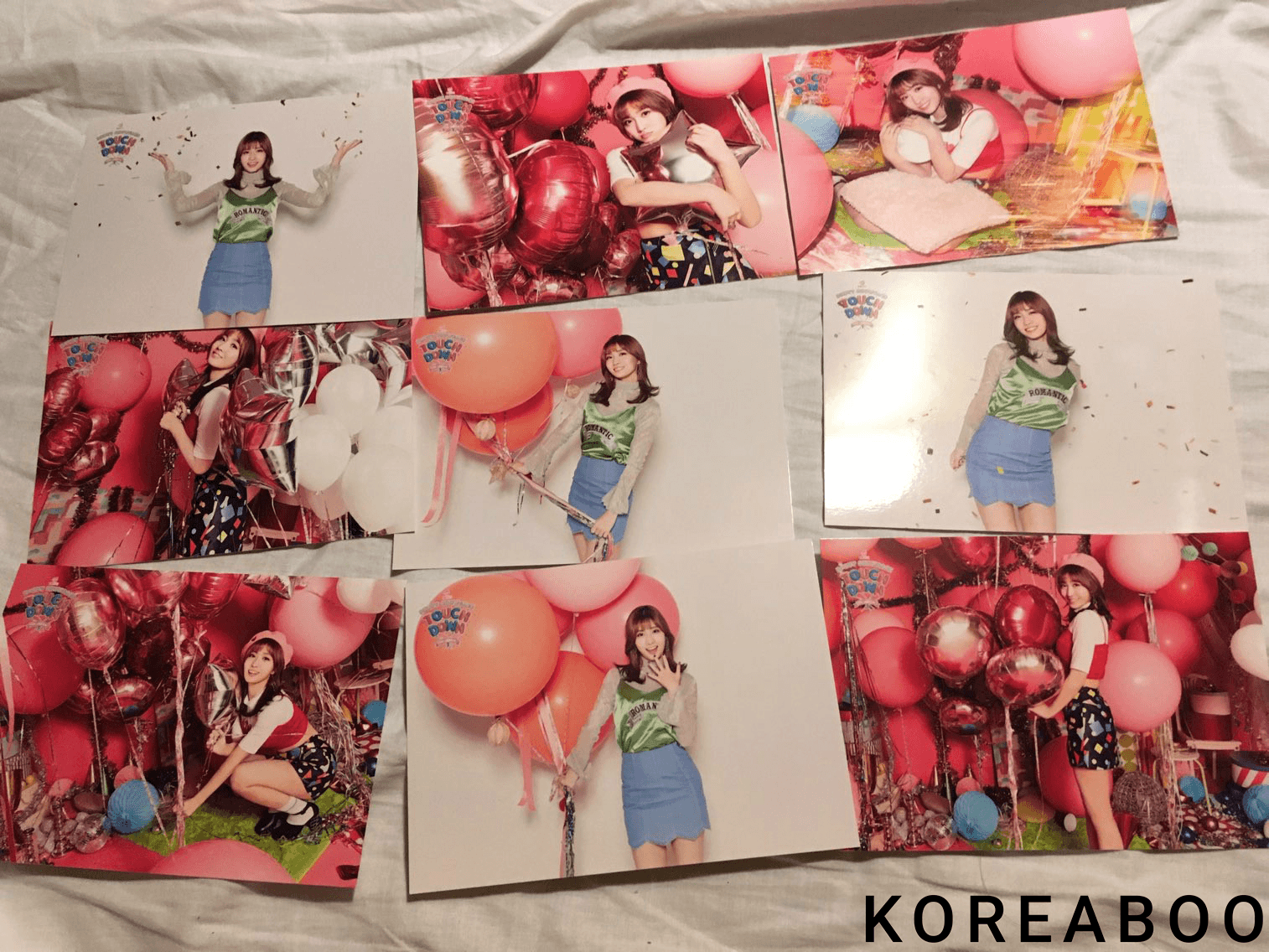 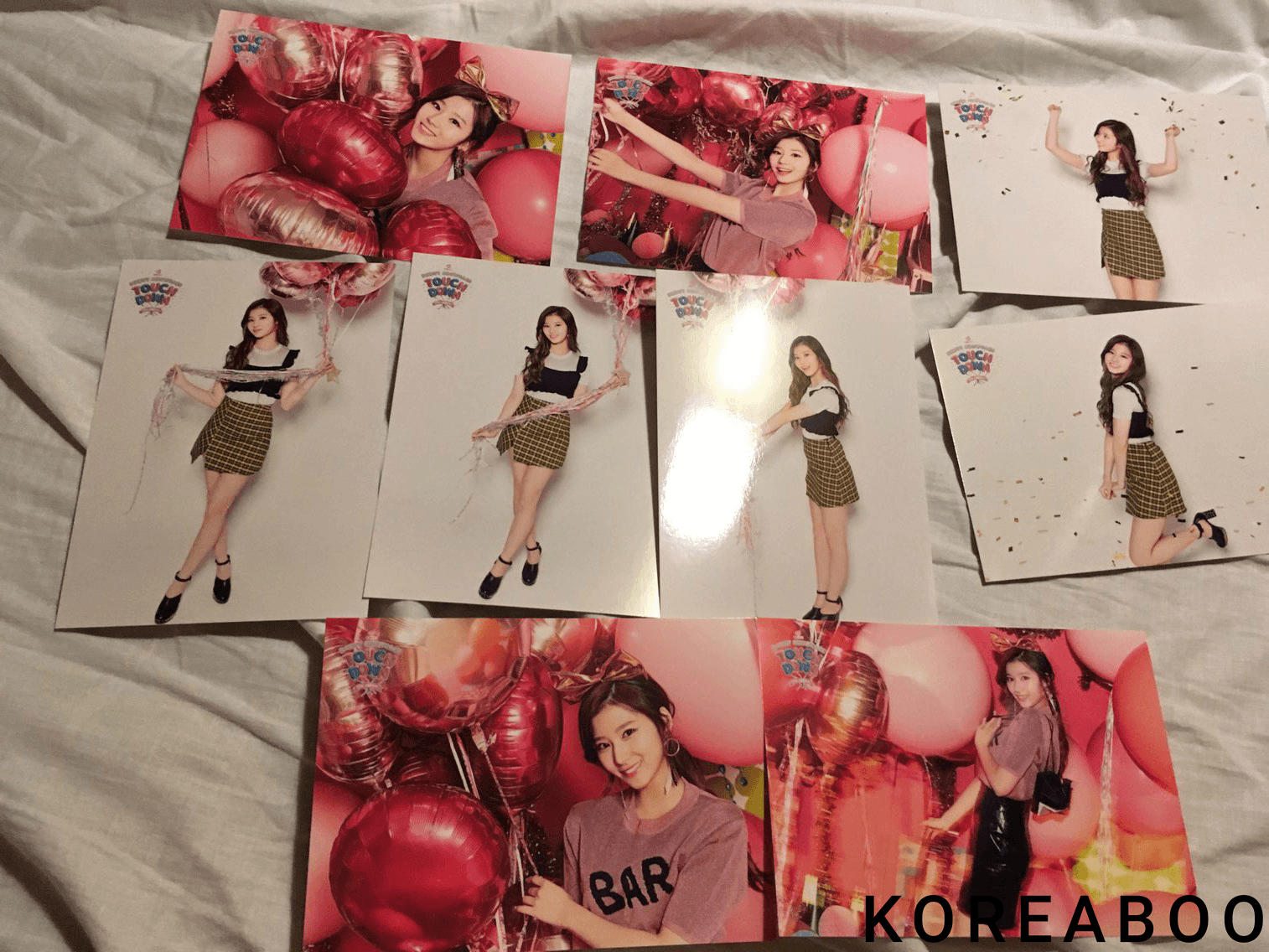 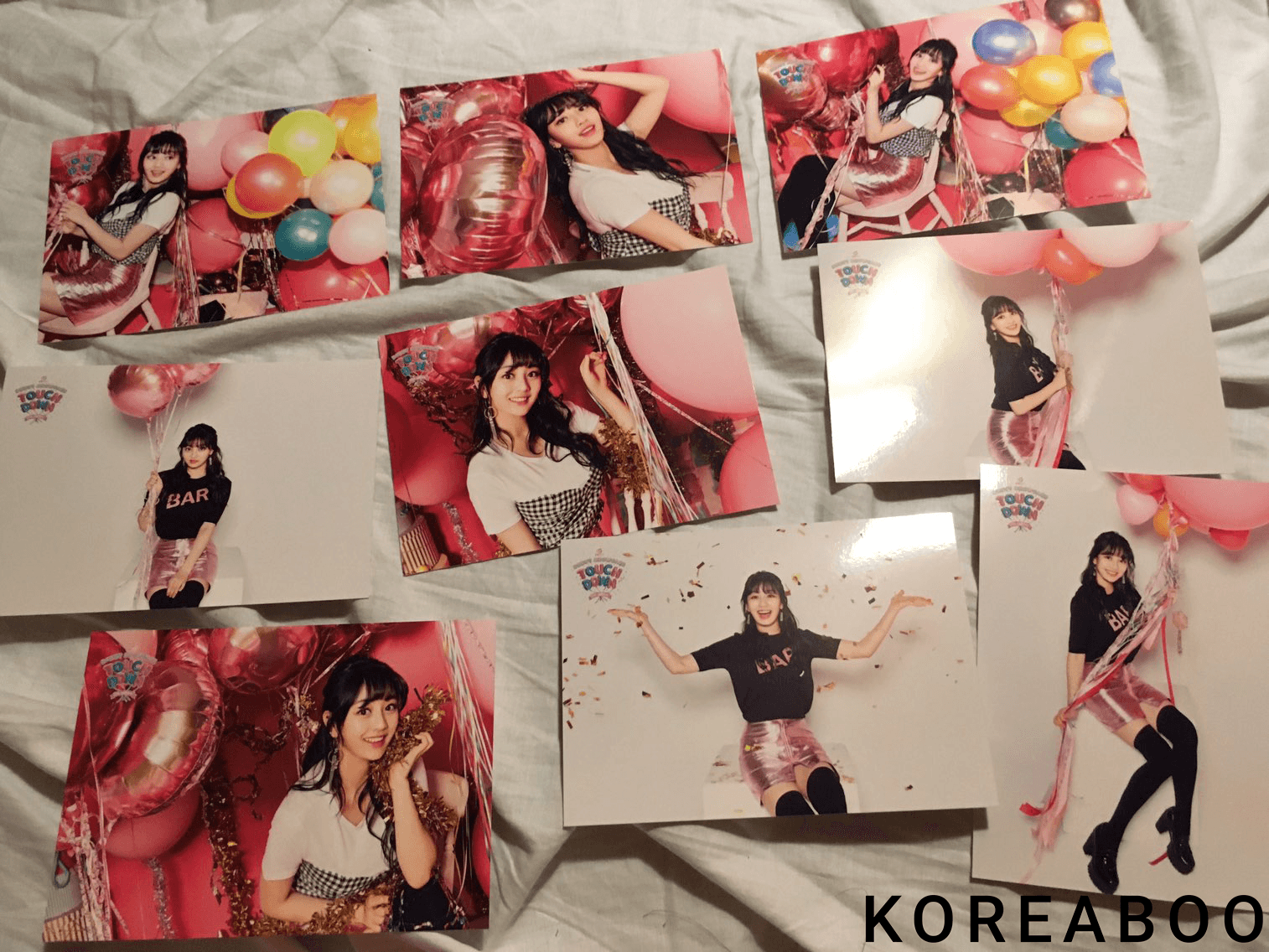 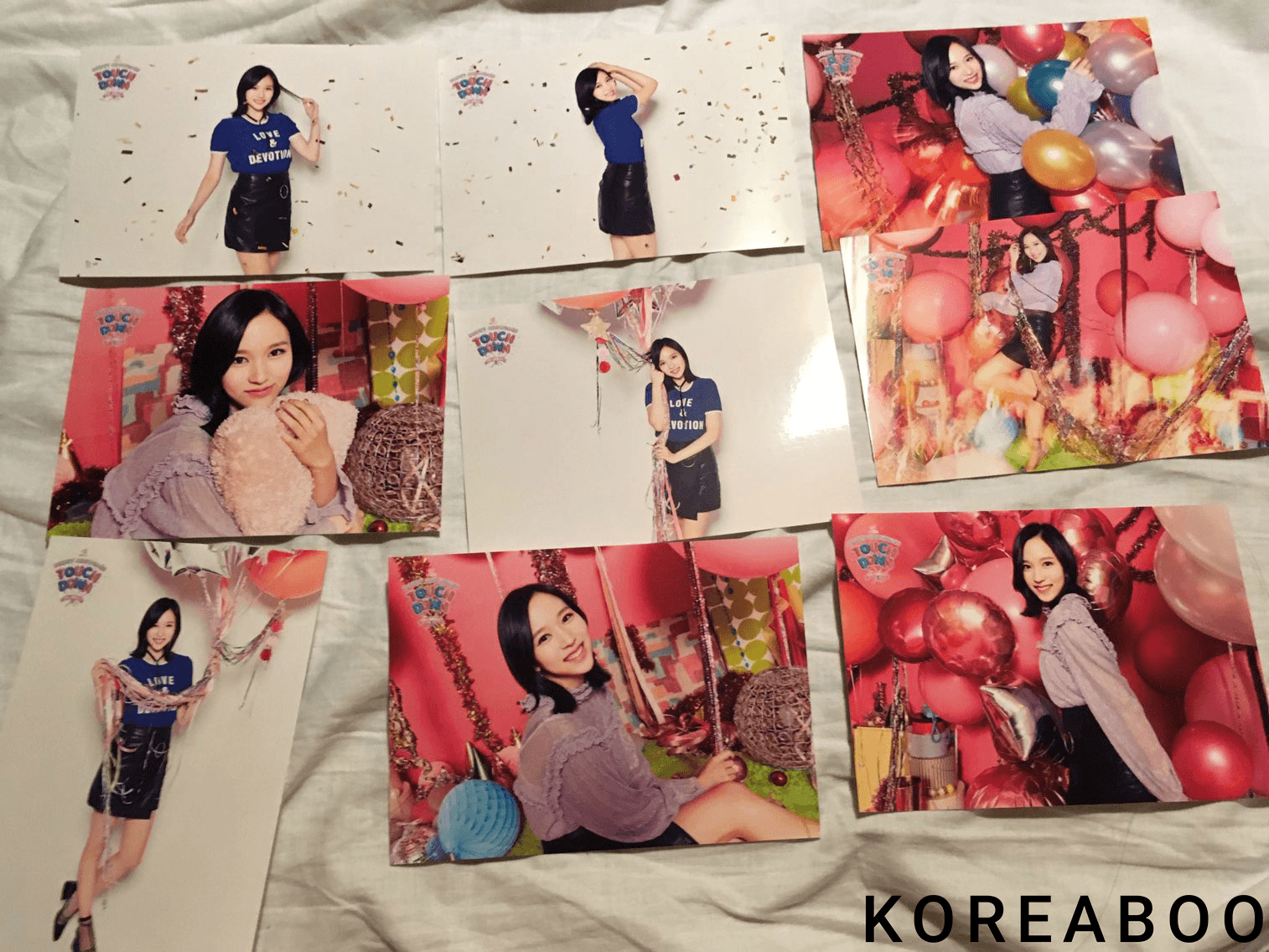 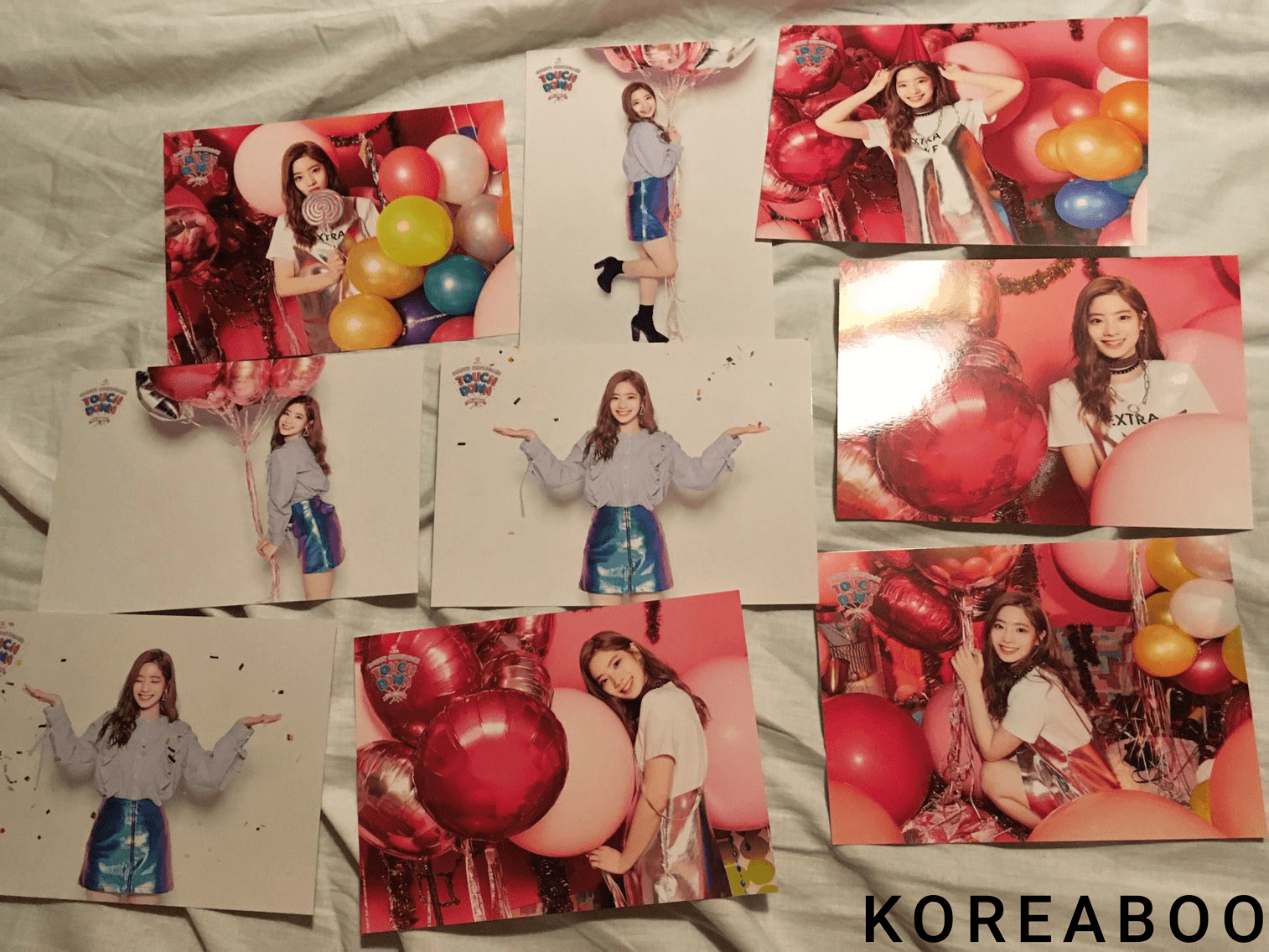 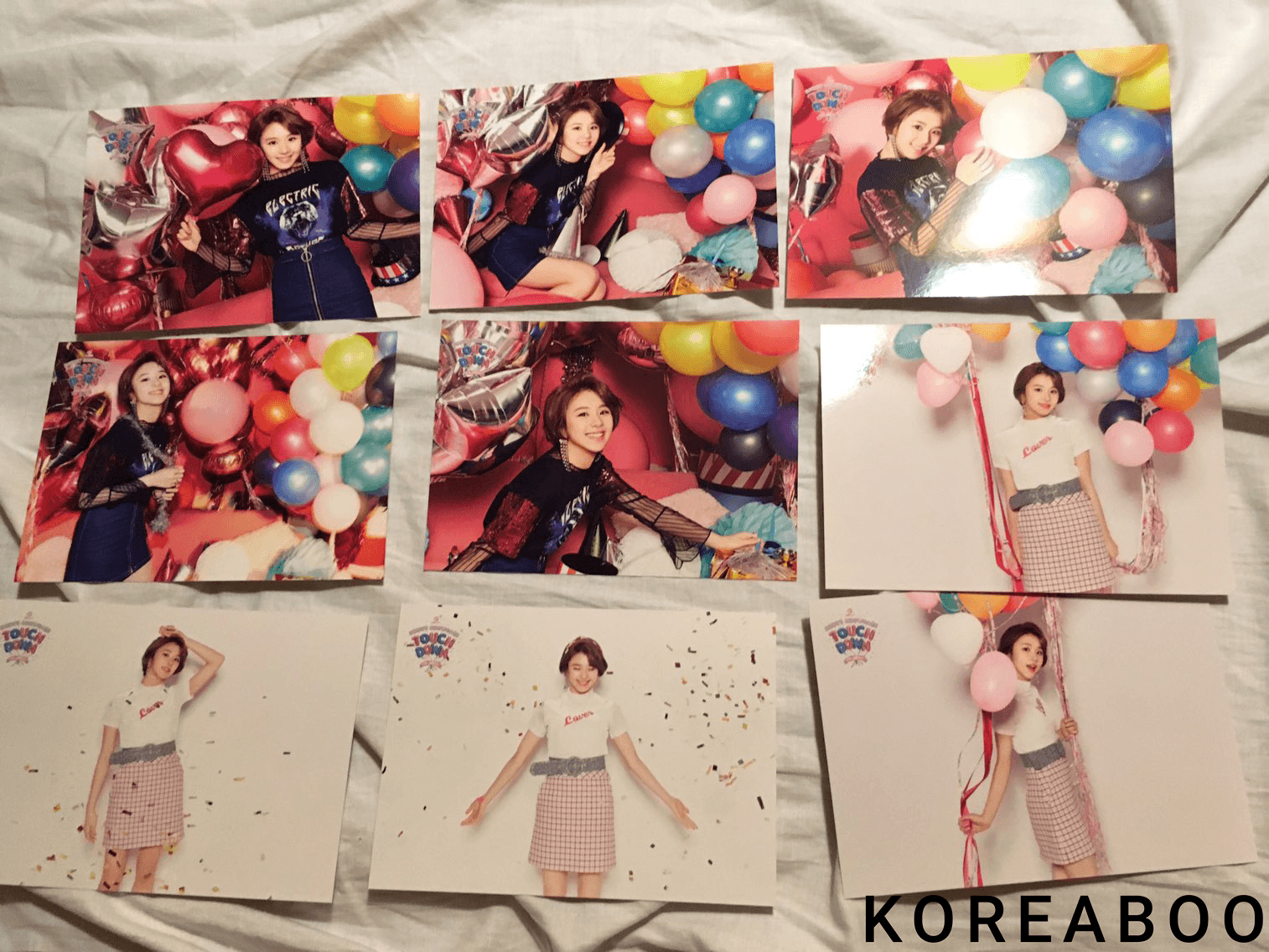 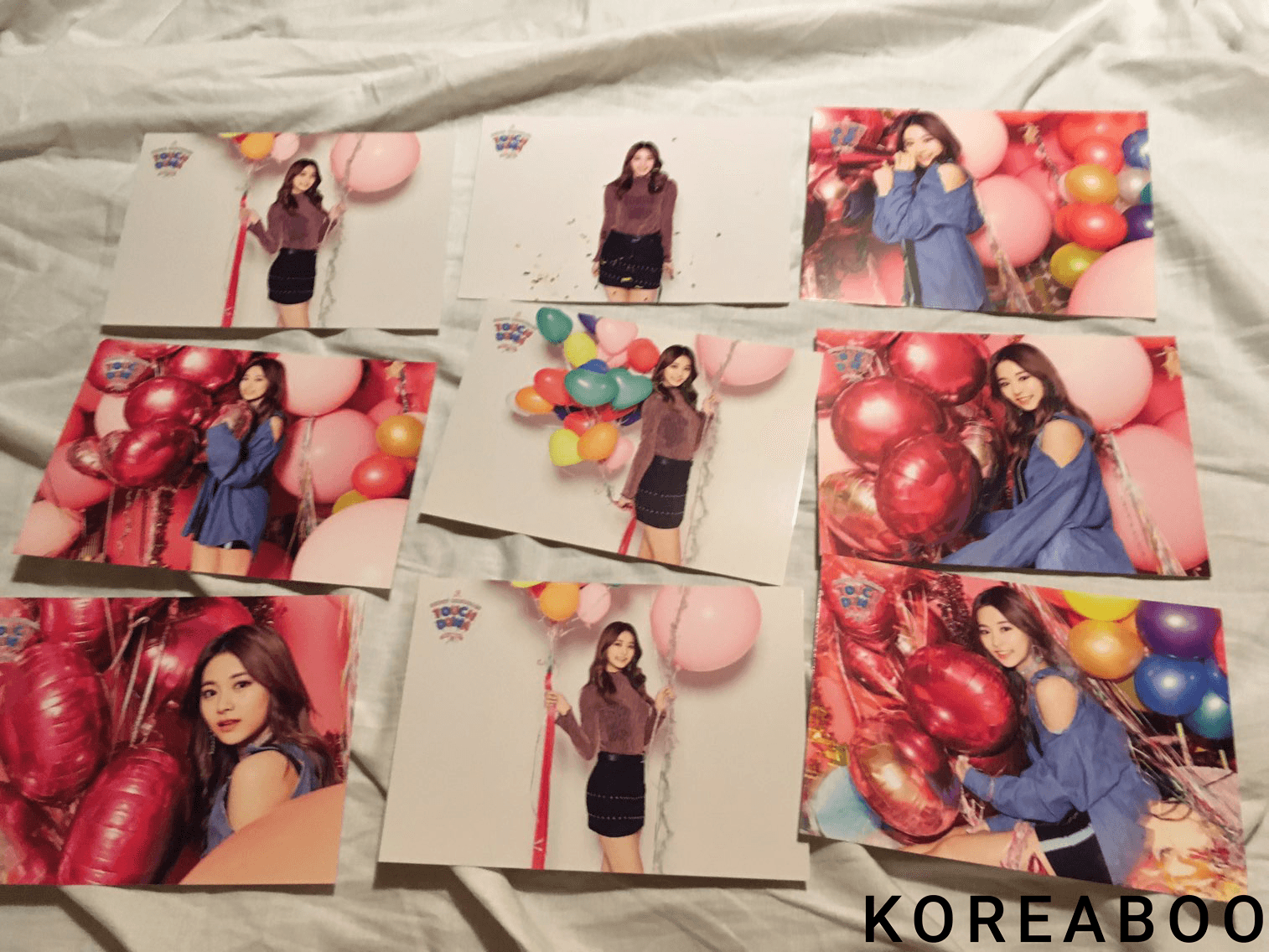 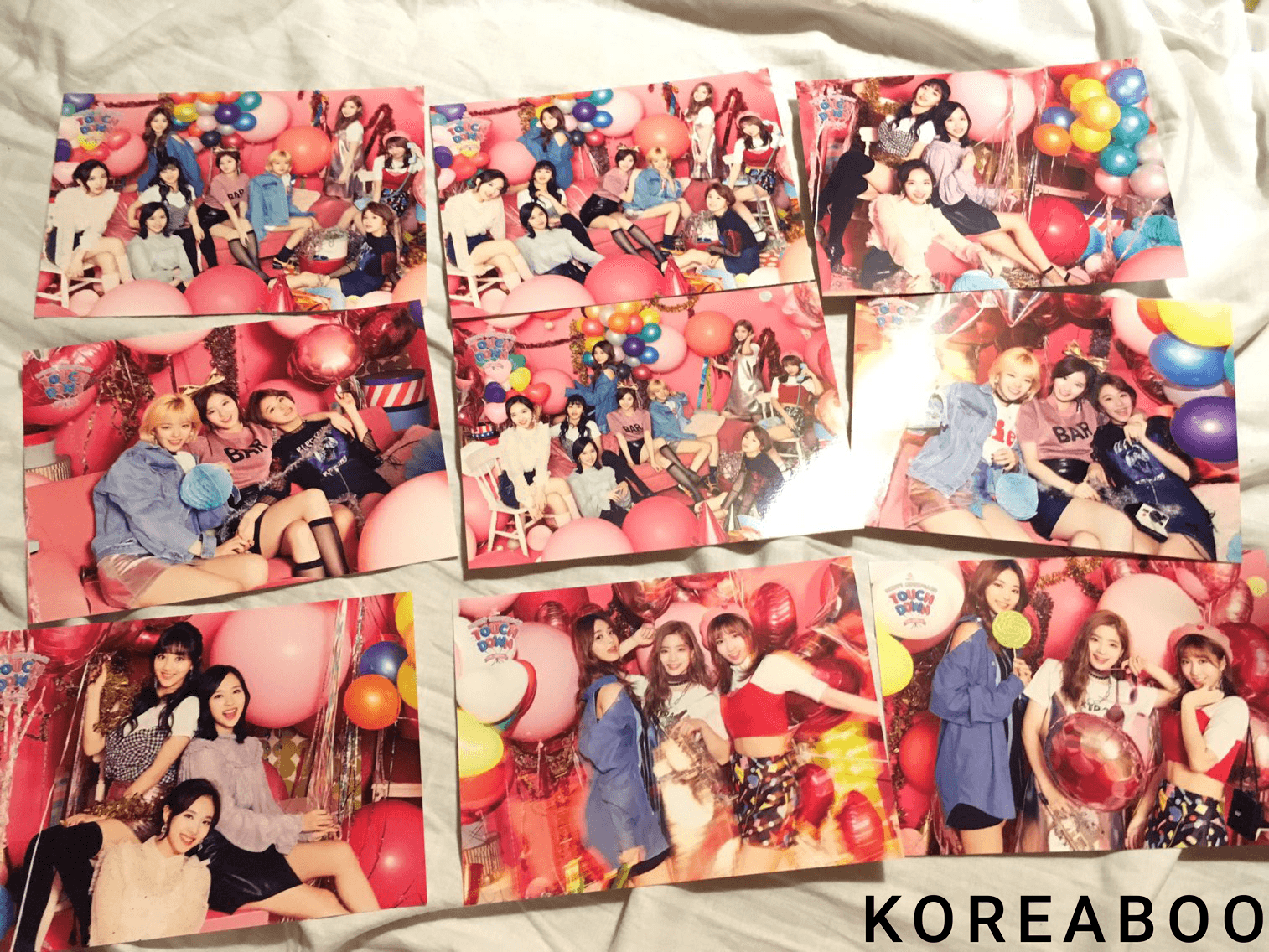