Recently on SBS news interviewed young pedestrians for the Olympics that recently ended. One male pedestrian by the name of Bong Ah Hyun has left a strong impression on the people of Korea.

It’s often that females who appear on TV in Korea become famous for their beauty or their body but it’s not often that a non-celebrity male pedestrian blows up in popularity for his looks. However this man has accomplished just that with nothing but his handsome looks. 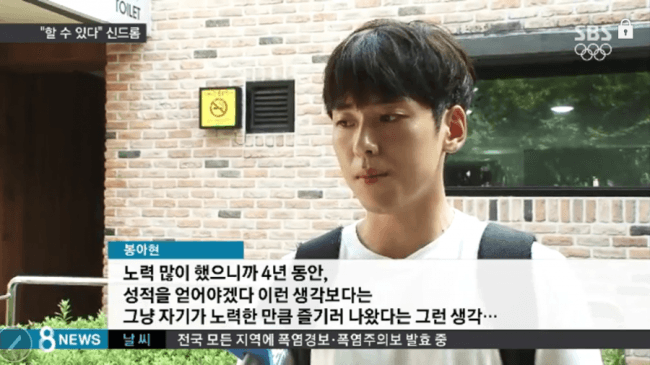