This sexy GIF of Hwasa performing has gone viral in international communities for the way it shows off her shapely legs and stunning curves.

MAMAMOO‘s Hwasa is currently 21 years old and is already widely known for her uncommonly voluptuous body. She stands at 162 cm tall and weighs only 44 kg but she defies the Korean beauty standards of petite figures, slim legs, and long dark hair.

Her coca-cola bottle shaped body and well-proportioned muscles have impressed not only South Koreans but also international fans and non-fans alike. A GIF of her performing live during the “Um Oh Ah Yeah” era was released and it has gone viral overseas. In the online community of 9gag, Westerners came upon the image and were instantly captivated by her beauty. Some left comments filled with praise and admiration, while others wanted to know who she was. 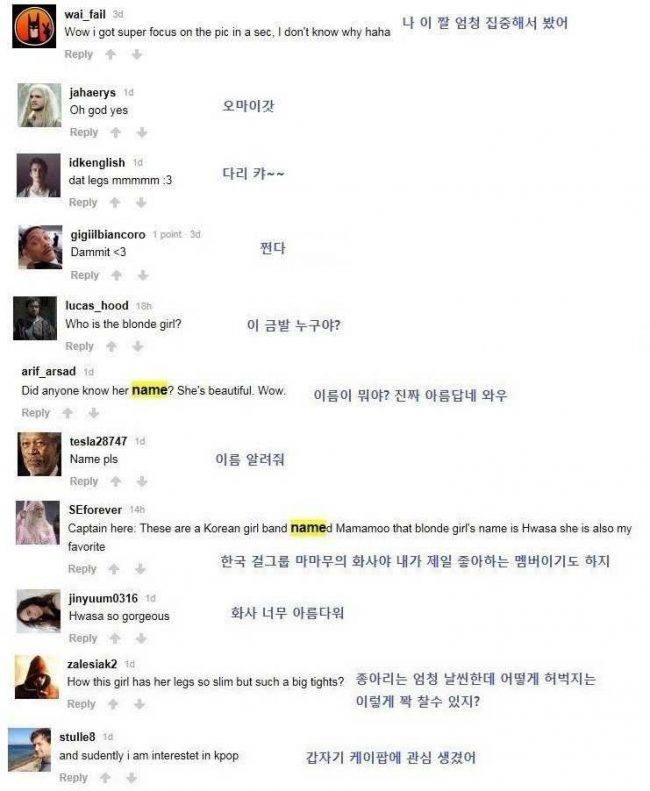 So, for all you foreigners, here are some more GIFs of MAMAMOO’s curvaceous Hwasa to captivate you:

Her garter belt and crop top outline her curvaceous body.

Hwasa’s fishnet stockings help to show off her seductive charms.

She even looks incredible in a baseball uniform.

Hwasa demonstrates how to sexily clean a house on Weekly Idol.

Hwasa showed off her curvy figure in this jaw-dropping sheer number.