In a recent episode of Life Bar, Heechul and Siwon revealed a shocking story about their relationships. 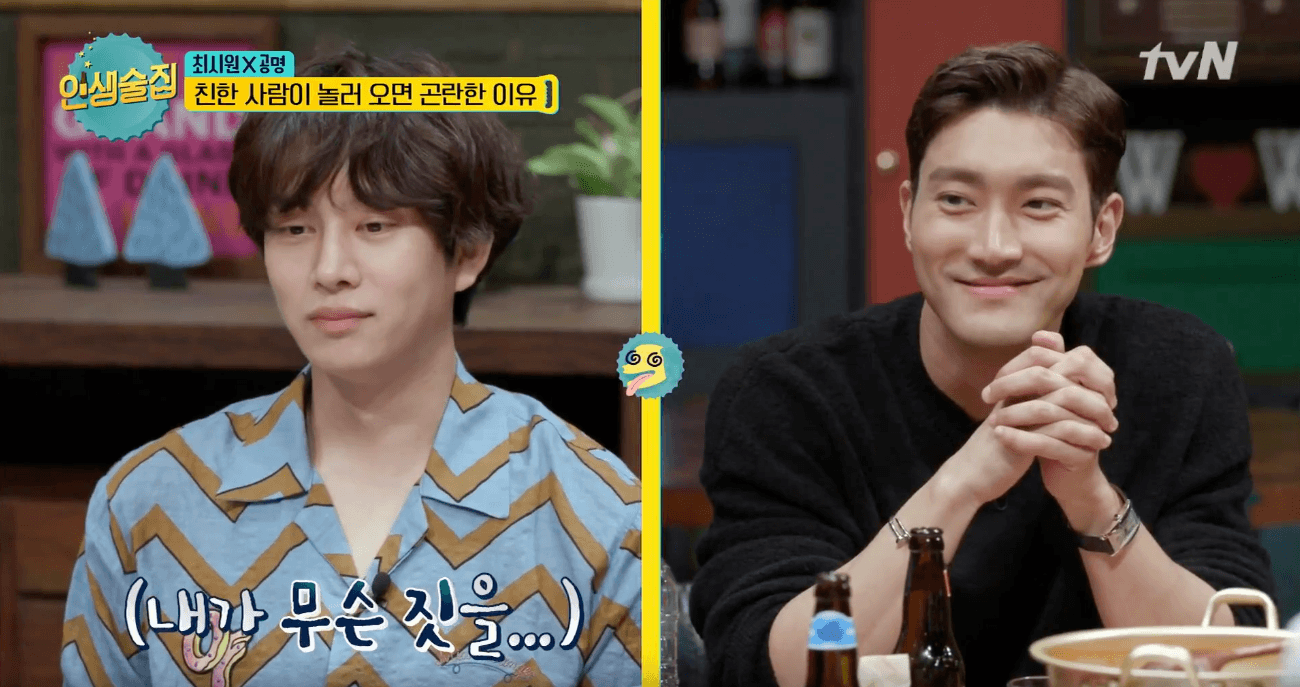 Shin Dong Yeop had first asked them if the members revealed who they were dating to each other.

Siwon answered that he usually told the other members if he was dating someone in the same industry to avoid “clashes”.

Siwon: The way I look at it is that if I’m dating someone in the same industry, I think I would bring it up first.

Heechul: If it clashes, then it can get weird.

Shin Dong Yeop then became curious and asked if there were indeed any members who dated the same girl.

…but he was unsure as to whether she two-timed them, or whether she dated them at different times.

Heechul: When we were rookies, a long time ago, when we had just debuted, there was a time where it clashed very elaborately.

The most shocking thing, though, is that she knew they were members of Super Junior.

For example, she would meet Siwon, and she would also meet me.

Yura: Did she meet them after she broke up with the other, or did she two-time them?

Heechul: I’m not sure if she met them after breaking up or if it was two-timing.

Siwon: No no no, that means she was two-timing.

While the other guests begged Heechul and Siwon for more hints about the girl, they simply gave a vague answer to avoid revealing too much information.

Heechul: I think it’s been a while since she’s been promoting?

Siwon: I don’t know. I haven’t heard about her since then.

Watch the full clip below!