The video shows how strong Jimin‘s passion for dancing is as moves across floor in nothing but black shorts and an open shirt.

On February 23, BTS were featured on Mnet’s New Yang Nam Show. During the episode, a picture of a group of young dance students was projected onto the screen and the emcees asked BTS to guess and locate the BTS member that was in the picture. 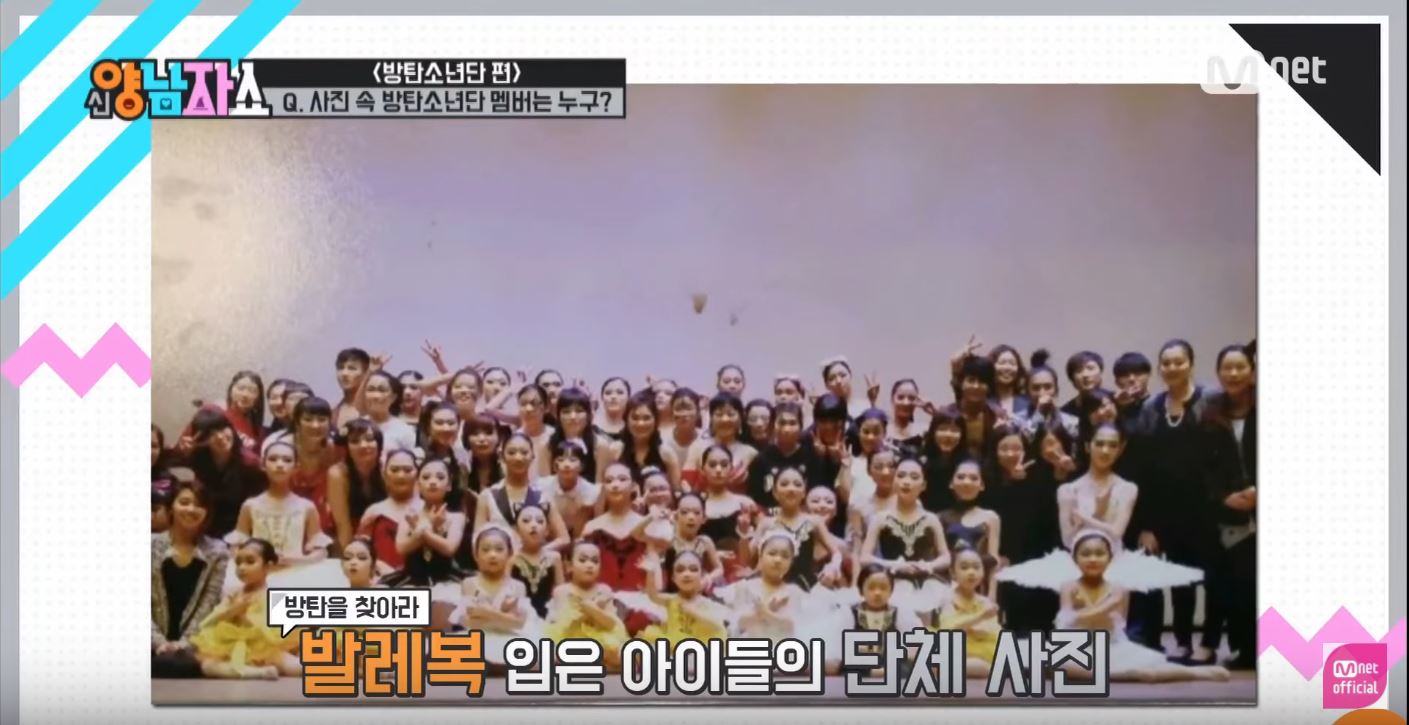 While the members stared at the picture blankly, Jimin gasped in recognition of the picture and went to take a closer look at the screen to confirm his suspicions. Everyone was confused by Jimin’s reactions until he exclaimed in surprise, “Why is this picture here?”

Knowing to look for Jimin, the members gathered around and starting pointing to students they thought were Jimin. In the end, no one was able to correctly guess and Jimin pointed out that he was one of the ones standing in the back.

In shock, the BTS members all went to take a closer look. Jimin revealed that the picture was taken when he was in his first year of high school, which surprised the members as they remembered Jimin to be a bit chubbier during his high school days.

Jimin was in for another big surprise when it was revealed that they had a video prepared. In fact, Jimin was so shocked he almost cursed and covered his mouth in embarrassment.

The video turned out to be a video message from his old contemporary dance teacher. She shared a sweet story about young Jimin and how enthusiastic he was back then. Here’s a translation of her message to him below:

“Hello, I am Kim Do Kyung, the director of Core Dance Academy, and I taught modern dance to Jimin. During class, Jimin used to ask “How do you do this move? How do you do those moves?” And I would explain, “These muscles will start developing if you do this move, so you have to do it this way.” The next day, he would come and tell me, “I practiced those moves a lot and now my muscles are nicely toned!” and he would even take his shirt off to show me. Jimin, always take care of your health, and fighting!”

During the video message, Jimin could be seen smiling and feeling touched as his well-respected teacher talked about him. He was beyond amazed that the staff of the show found a way to find and contact her, and said that he does indeed remember her.

Back then, Jimin impressed many by having entered Busan Arts High School as the overall top student and was one of the rare male top students in the modern dance department. Now, Jimin is the main dancer and lead vocalist of a sensation K-Pop group that is known for their powerful performances!