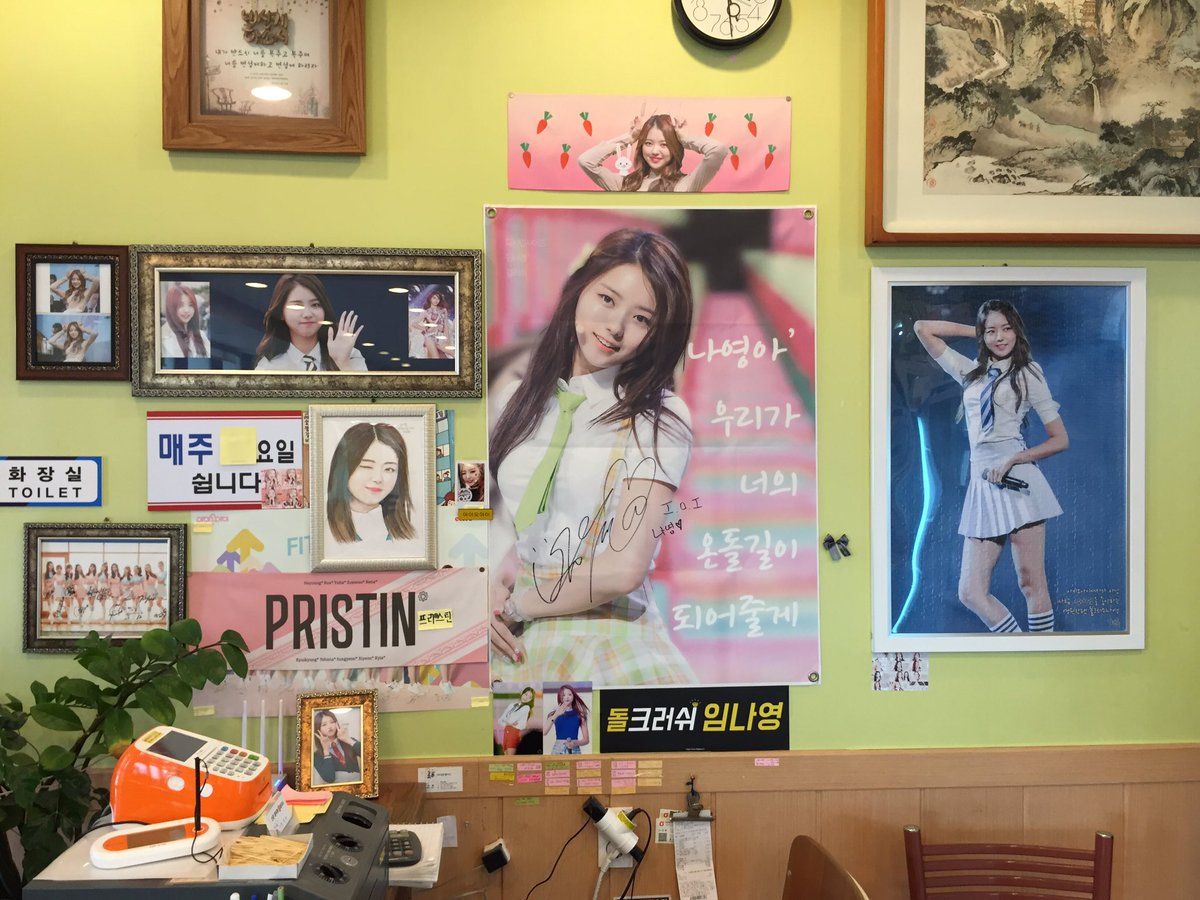 SEVENTEEN shared a meal at the restaurant and even presented Nayoung’s parents with personal autographs.

An autographed poster with a cute message from Nayoung to her parents is also on display in the restaurant.

The restaurant is now covered with autographs from various idols, including members of I.O.I, Pristin, and more. 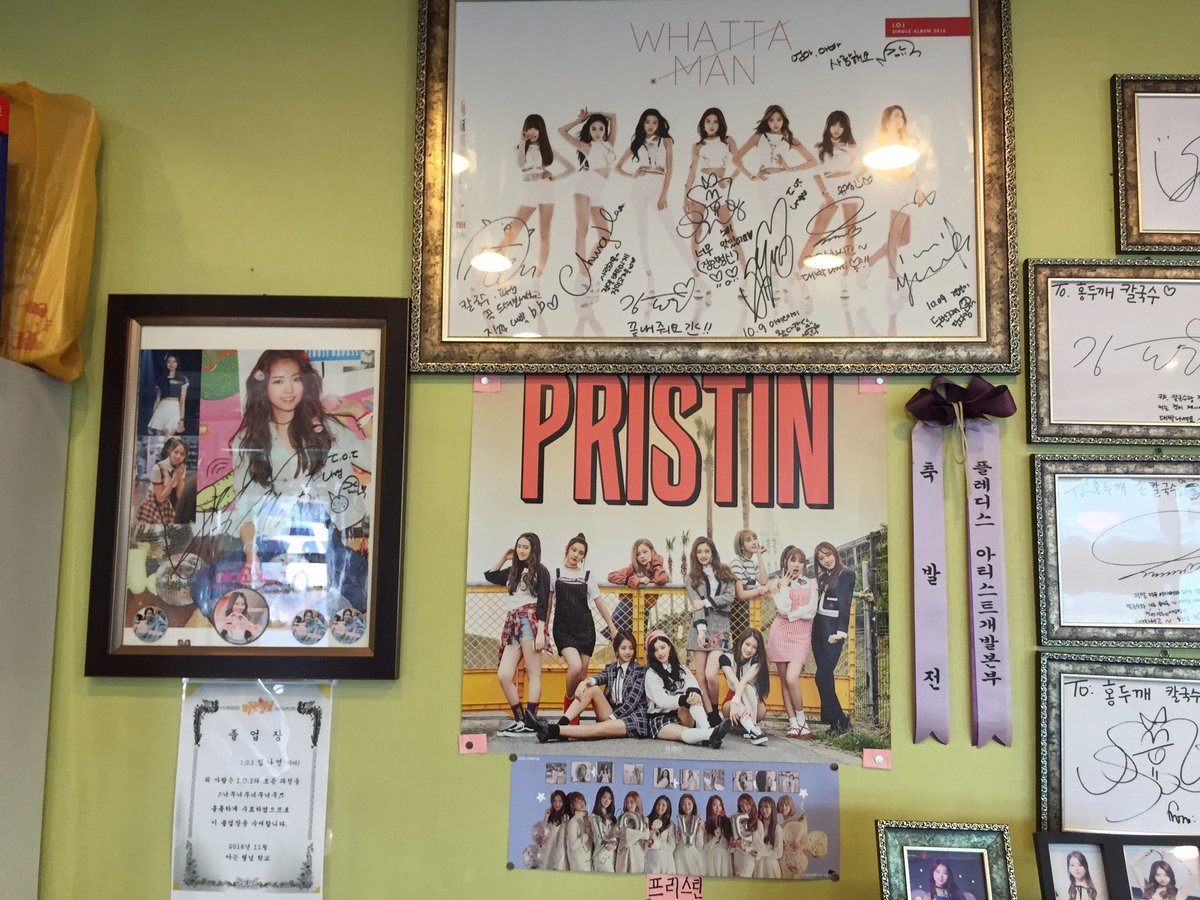