VIXX‘s Leo recently suffered a wardrobe malfunction after his shirt completely ripped in half while he was performing on stage.

During a performance of their song “Chained Up” at their concert Live Fantasia: Daydream, Leo’s vigorous dance move caused his shirt to rip at the seam, exposing his entire back to the crowd. 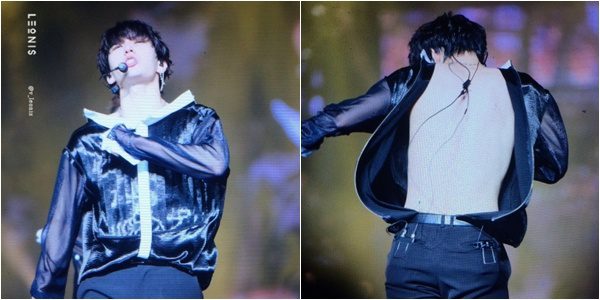 Although the outfit looked quite awkward as it dangled loosely behind his back, Leo remained completely professional and continued to perform the song with full enthusiasm and energy.

Videos of the performance have received a lot of attention online, both for Leo’s professionalism and for how toned and muscular his back is.

Watch the performance below: