YHBOYS wear the NCT Dream military uniforms and show off their own cute flare.

The cutest group introduction you ever did hear ?#YHBOYS pic.twitter.com/3cE5LZYARQ

On Weibo, YHBOYS posted a photo with Z.TAO wearing NCT Dream’s “My First and Last” outfits. 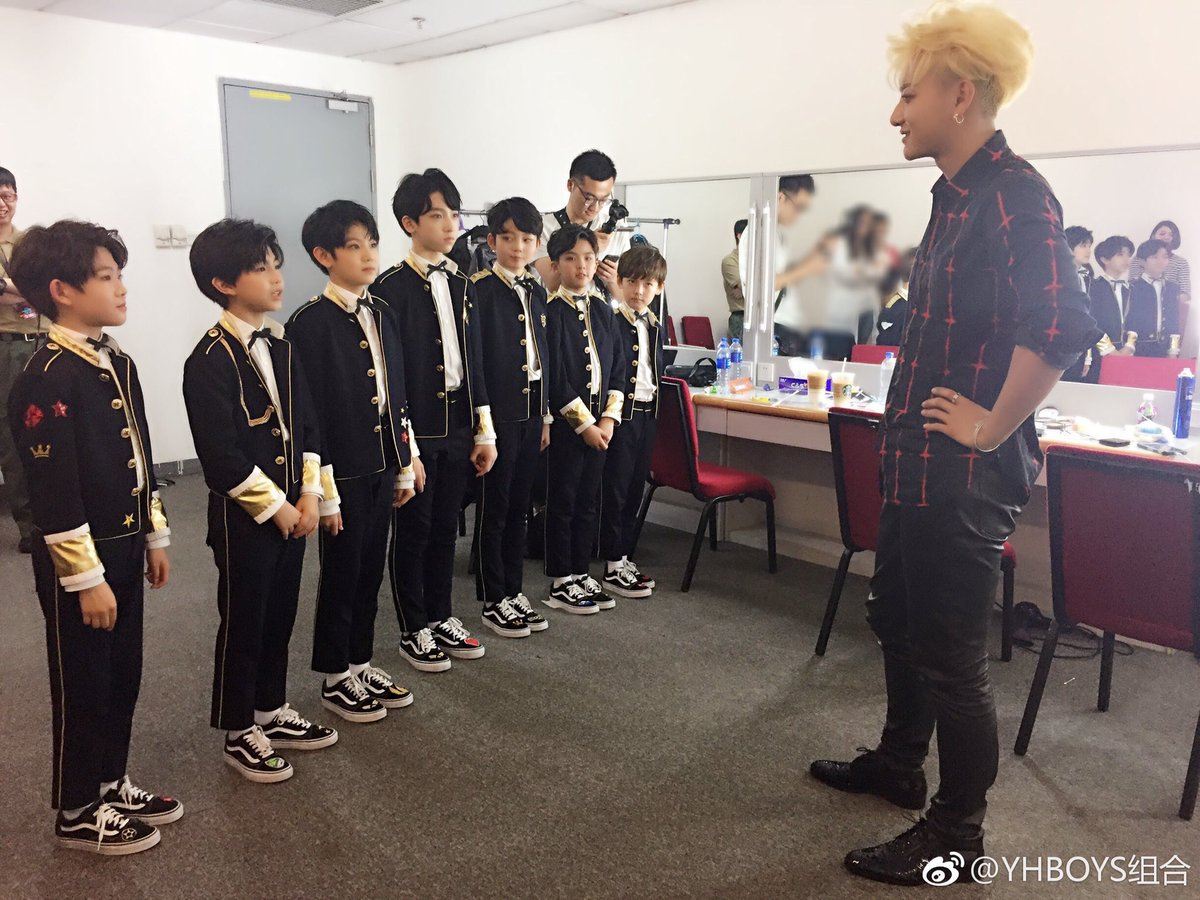 YHBOYS wear the outfits to perform their song called “阳光小鬼头” or roughly “Silly Sunshine”. Yuehua Entertainment idols and trainees have gained a lot of recognition for their cute charms on Produce 101 in the past two seasons.

The little uniforms certainly look precious and take on a different vibe than in ” My First and Last”. Both groups have shown that the military look can be charismatic in a variety of ways.

See their video for “阳光小鬼头” below.